So if you want the quick answer, there is a 99.9999999% chance that you have a regular strike non-error circulation 1970 or 1970-D quarter.  There were approximately 136 million 1970 quarters struck and another 417 million 1970-D United States quarters released for circulation by The United States Mint.  We are going to tell you how to tell if you have the mint error (mistrike, mistake, misprint, etc). 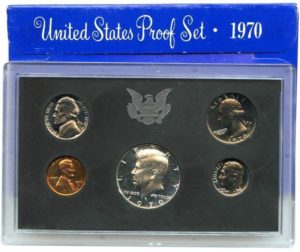 This is what a 1970-S Proof set looks like.  The majority of proof coins are still in these original black cases.  Yes, it is possible that someone broke the coins out of cases and spent them.  But most loose quarters dated as 1970 will be circulation coins with no mintmark or the D mint mark.

Step1:  Do You Have A Proof 1970-S Quarter?
As a very basic first step you need to figure out if you at least have a proof quarter.  You can read at length about what a proof coin is.  But to summarize, a proof coin is minted differently and more carefully than a regular circulation strike.  They appear to have more round surfaces and the coin is “shinier” aka prooflike.  That just means that the surfaces are more like a mirror.  All of that aside, all 1970 proof quarters will have an S mintmark to indicate that they are from the San Francisco mint.  So, if your 1970 quarter does not have an S mint mark (meaning it has no mint mark or it has a D mintmark) then you can stop reading.  You do not have the 1970-S mistrike error. 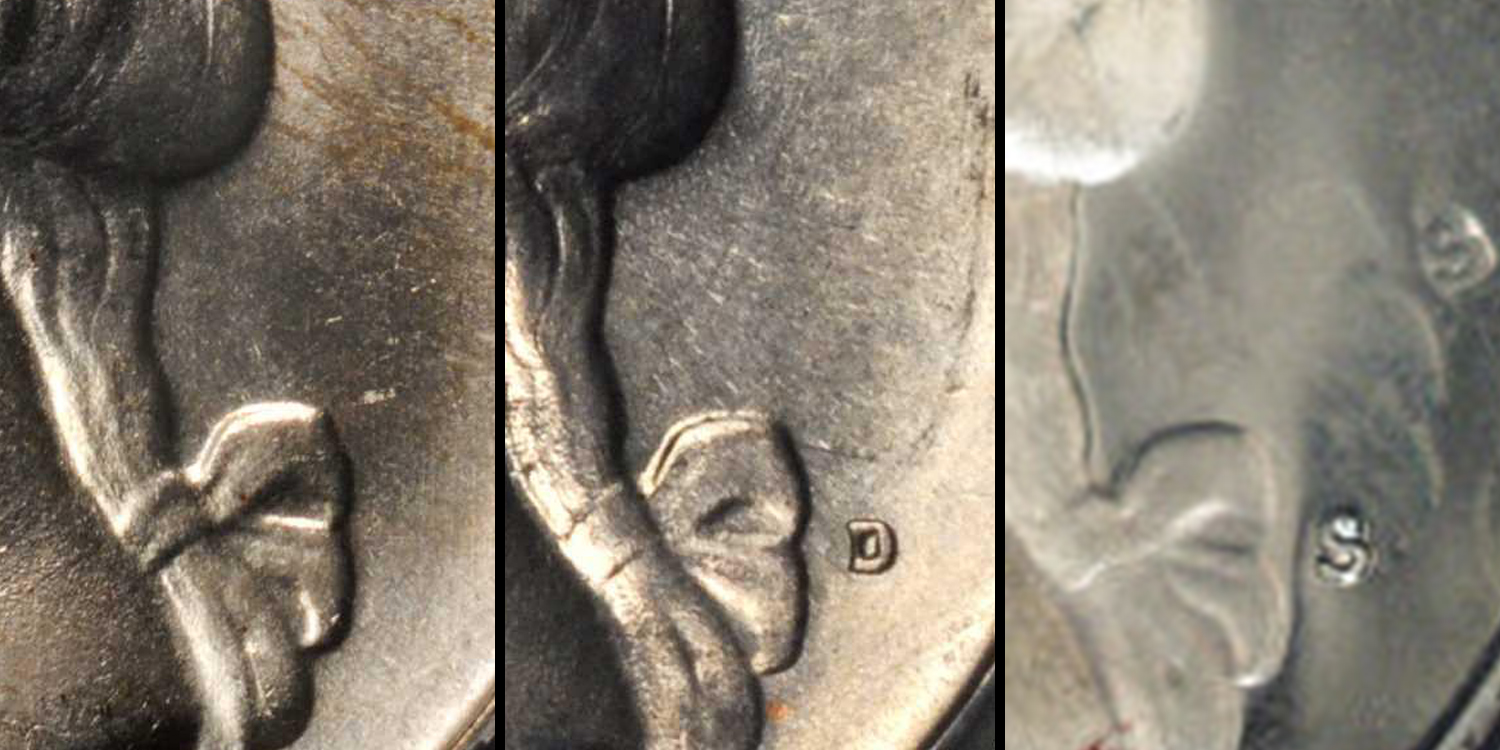 The quarter on the right is a 1970-S proof with the S mint mark (the quarter we are showing in this image does not have the valuable mistake to it).
Step2:  You Confirmed You Do Have A Proof 1970-S Quarter, Now What?
For the record, official mint documents state that 2,632.810 proof quarters were struck for the 1970-S year.  Keep in mind that these proof coins were all marketed directly to collectors.  They were not meant for circulation.  It is very likely that the original production is still in existence in collections today.  Yet of that 2.6 million, only one Canadian error has been found.  Step two is essentially to just look at your proof coin and see if there are any ghosting qualities behind the traditional design.  Of course realistically you aren’t going to see anything.  If you think you see something, then move onto Step3. 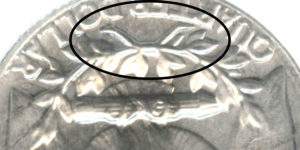 Hopefully these pictures from the coin’s owner show the error clearly, even though it is very slight.
Step3:  Compare Your 1970-S Proof 25 Cent Quarter To The Known Error.
The current hysteria around the 1970-S quarter relates to one that was discovered by and is currently be marketed by a well known coin dealer who specializes in mint errors.  The proof 1970-S quarter is struck over a 1941 Canadian quarter.  So it isn’t so much a process error in the production as much as it is a one of kind manmade error.  And by that we mean that it is very likely that someone intentionally put this 1941 Canadian quarter into the machine knowing that it would create an error.  I think the exciting idea is that this same person could have put a number of other coins through the same process and that other similar type errors could still be out there.  However, finding the exact same 1970S over 1941 Canadian quarter almost surely isn’t going to happen.  Furthermore, this unprecedented attention will surely create some copycat coins.  The significant value of the mint error is going to be great incentive for people to buy regular proof 1970-S quarters for $1 and try to alter the coins to give them the look of a true mint error. 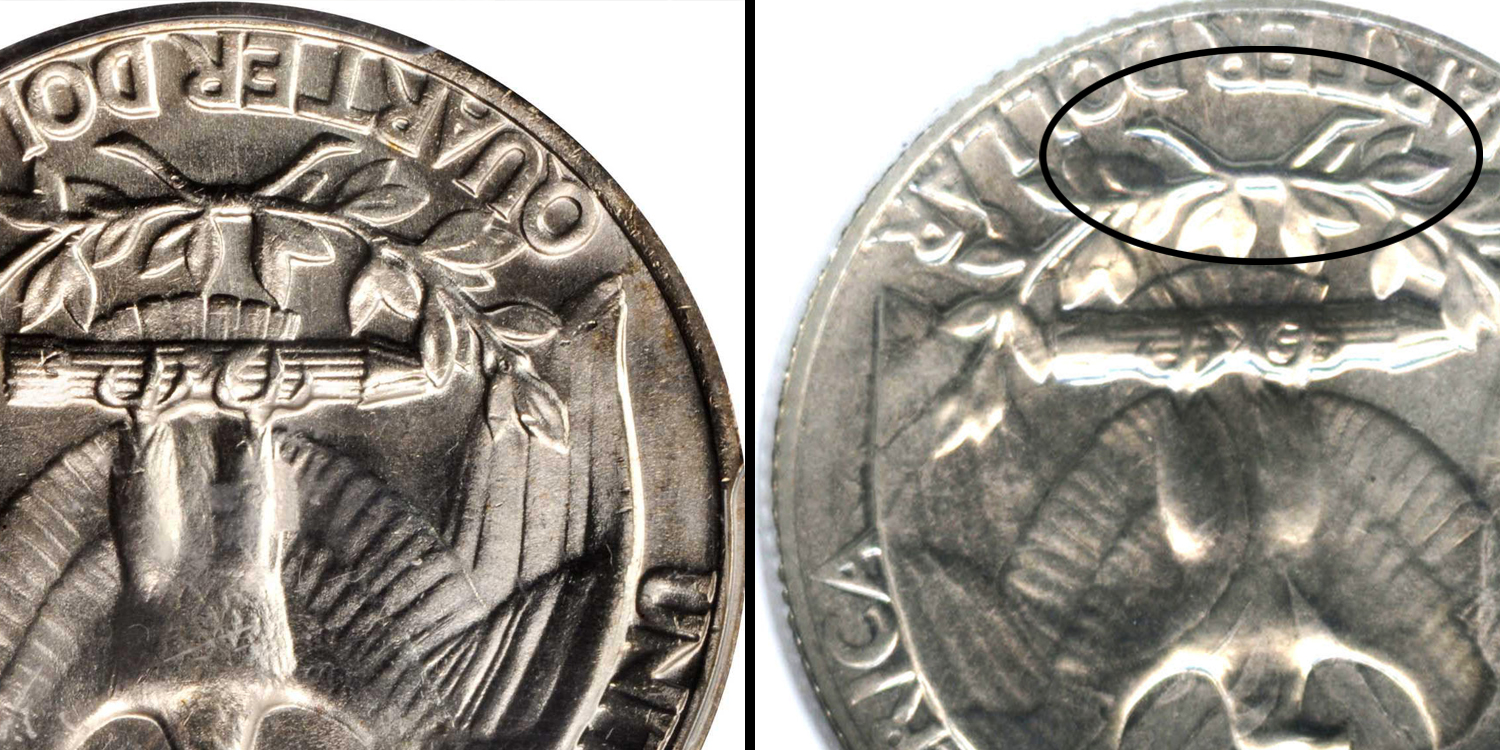 The coin on the left is a standard 1970-S quarter that has a value of about $1.  The coin on the right is the heralded misprint quarter that the owner is trying to sell for $35,000.
To Summarize:
Of the 460,000,000 total quarters dated as 1970, only about 2.6 million are proofs.  Of the 2.6 million proofs, only 1 has been found with the 1941 error.  You could very well have a mint error, but it would be virtually impossible for you to have the exact same 1970-S proof quarter over 1941 Canadian quarter.  We hope this article has been helpful and not too much of a downer. 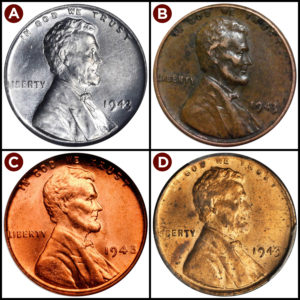 There is perhaps no other coin in American history that is more discussed and has broken more hearts than the 1943 penny.  There are a couple of big pieces of misinformation floating around that cause this to be a misunderstood coin.  The first thing to address is that 1943 steel cents are not at all rare.  A quick glance at eBay shows where uncirculated BU rolls of 50 1943 steel pennies are only selling for $50 to $100 per roll.  So we are talking about mint state steel wheat back cents only being worth $1 to $2 each.  People don’t like to believe something so old could have so little value, but it is true.  People are also much too willing to accept that any piece of metal that is brown, says 1943, and looks like a wheat cent has to be an authentic 1943 bronze or copper penny.  There are only about a dozen authentic 1943 bronze cents that have been documented.  Here is how to determine if your coin is worth $1 or $100,000. 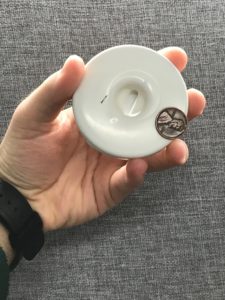 Even a small magnet will easily stick to any 1943 penny made of steel.

Step1:  Use The Magnet Test
Before you read a dozen articles, go to five coin shops, and watch a bunch of youtube videos, just do the magnet test.  It is as easy as this.  If your 1943 penny sticks to a magnet then it is made of steel.  If it does not stick to a magnet then it is made of something else.  I hear what you are saying right now.  “My penny isn’t silver; it’s brown, so I know it isn’t steel.”  Sadly, there are many ways to physically and chemically change the look of steel so that it has that brown bronze copper color.  Bottom line is, if it sticks to a magnet then you don’t have the rare version.  Sorry.  And don’t celebrate just yet if it passes the magnet test.  Keep reading to learn the next devastating reality about 1943 pennies. 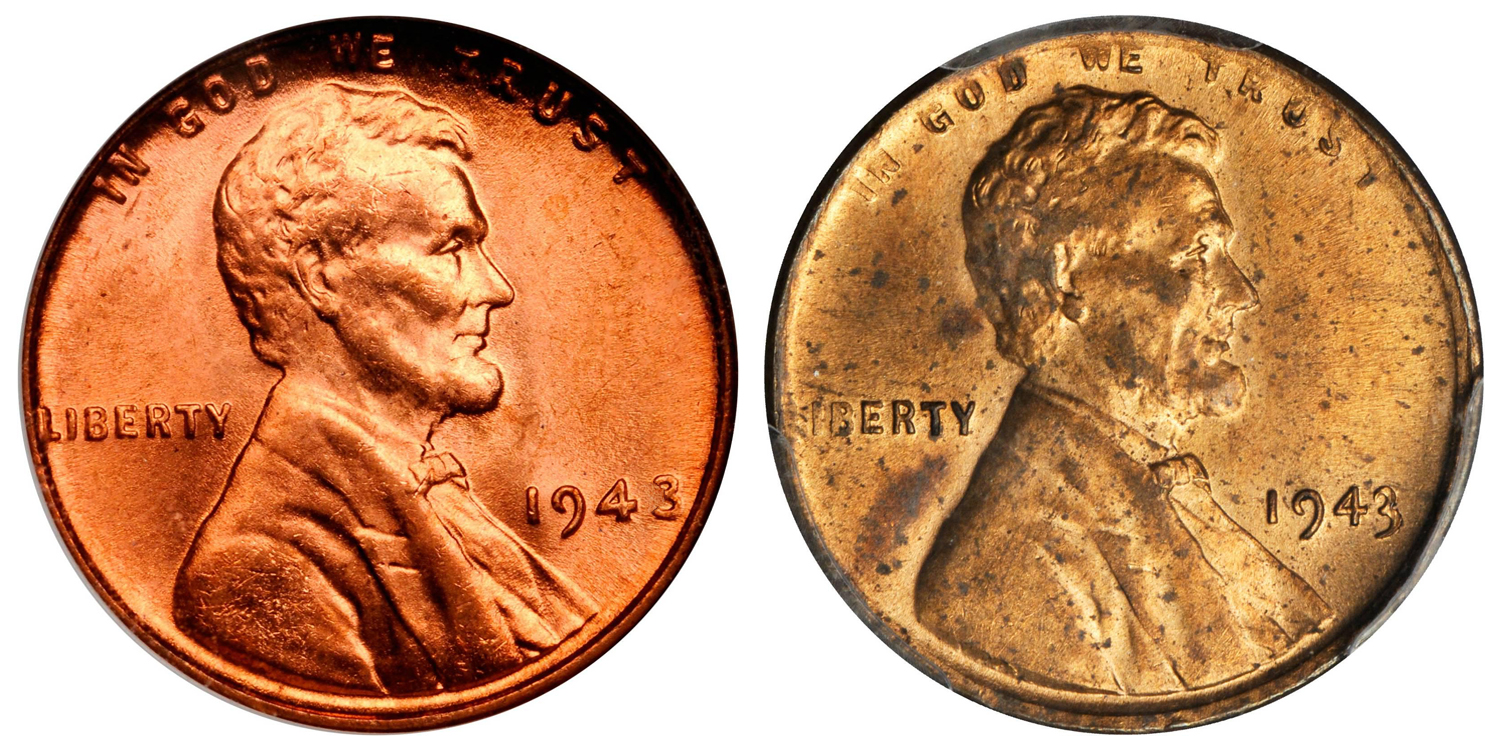 Step2:  See If The Penny Has Had Its Date Altered To 1943
It was probably five minutes after people figured out that 1943 copper cents were valuable that someone went to his garage and changed a 1948 to look like a 1943.  This is a very easy diagnostic to spot though.  The bottom of the 3 on authentic examples is sharp and angled closer to 8:00.  The coins that have been altered will have a three that is more rounded, considerably shorter, and points at about 9:00.

Step3:  It Doesn’t Stick and the Three Hasn’t Been Altered, Now What?
99% of the time the magnet test and 3 test will expose 1943 bronze copper cents as being colored steel pennies or authentic 1948 pennies with altered numbers.  If you have made it this far then you are closer to the money, but don’t spend it just yet.  There are still thousands of modern fakes coming out of China and other places.  These counterfeiters know the diagnostics of a fake and they are very good at making convincing versions that pass the magnet and weight test.  So at this point the best thing to do is to take your coin to a dealer who can send it to NGC or PCGS for you.  These two grading services can definitively tell you if the coins are authentic.  Once they are confirmed as authentic then it will be very easy to get tens of thousands of dollars, or maybe even $100,000 or more.  It all just depends on the condition.

Consider This Information:
There were more than 1 BILLION 1943 steel wheat back cents minted.  Collectors knew at least as early as 1944 that some authentic 1943 bronze pennies were minted and released into circulation.  So for more than 70 years collectors, dealers, and the general public have been looking for 1943 bronze wheat cents and yet only about 20 from all mints have been found.  So while it is absolutely possible that a couple more could be out there waiting to be found, the odds of an authentic 1943 bronze cent being found at the flea market or in an uncle’s blue collector folder is virtually 0%.  However, it never hurts to keep looking!