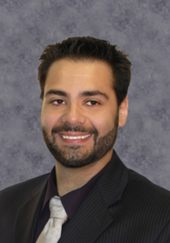 Career Achievements & Qualifications: With over 15 years of experience as a professional numismatist, Peter Treglia brings a wealth of knowledge to his position as Director of Currency for Stack’s Bowers Galleries. He first became involved with numismatics almost by accident, it turns out, as baseball cards were his first area of interest in the collectibles market. Peter started collecting baseball cards at the age of 12, and shortly after, discovered a card shop that also sold coins. He purchased his first coin at the age of 14, became a dealer almost immediately at age 15, and quickly discovered paper money, thanks to the Internet. After collecting paper money for about a year, Peter started selling notes on eBay. Once he realized that he could make money-trading currency, he immediately became hooked and saw himself buying and selling notes for the rest of his life. In February 2005, Peter was hired as one of the five original currency graders for Paper Money Guaranty (PMG), the currency grading affiliate of Numismatic Guaranty Corporation (NGC). Prior to taking that position, Peter had studied Business Management at the University of Massachusetts in Lowell for two years. After working for PMG for seven months, Peter left the firm to start his own currency venture. However, that was shortly lived, as Spectrum Group International CEO Greg Roberts approached him with an offer to lead the Spectrum Numismatics (now Stack’s Bowers Galleries) currency division. He gladly accepted the offer, and since the Stack’s Bowers Galleries/Spectrum Numismatics/Teletrade merger, he has overseen the Stack’s Bowers Galleries paper money cataloging and consignment teams, in addition to his primary duties buying currency.

Personal: Born and raised in Waltham, Massachusetts, Peter is a first-generation American of Italian heritage. As such, he finds equal enjoyment collecting both Waltham National Bank Notes and Italian currency. Peter is a fan of the Boston Red Sox and the New England Patriots, and also enjoys playing golf. He is a Life Member of the American Numismatic Association (ANA) and the Society of Paper Money Collectors (SPMC), and is also a member of the Professional Currency Dealers Association (PCDA), currently serving as a member of the Board of Governors.

Via Phone: To contact Peter Treglia, please call 917-692-3830. Please know that it is hard for us to help you without seeing an image of what you have. Please only call Peter if you have sent a picture previously.

Via Text: To contact Peter Treglia, please send your message to 929-265-7332. Please send a clear image of the front and back of the coin you would like appraised so that Peter can see the condition of the coin.

Via Email: To contact Peter Treglia, please email info@coinappraiser.com. Please send a clear image of the front and back of the coin you would like appraised so that Peter can see the condition of the coin.

Via Our Form: Please fill out the contact form on this page.

Locate an Expert Near You

What is your zip code?