Christian Gobrecht, who would become the third U.S. Coin Chief Engraver for the U.S. Mint was born in 1785 to Reverend John C. Gobrecht and Elizabeth Sands in Hanover, Pennsylvania. After apprenticing to a clockmaker in Manheim, Pennsylvania he became an engraver of ornamental clockworks in Baltimore, Maryland. In 1811 he moved to Philadelphia, Pennsylvania and by 1816 he had joined the prestigious banknote engraving firm of Murray, Draper, Fairman and Company, where his skills as an engraver caught the attention of Mint Director Robert Patterson. By this time, Gobrecht also had several inventions to his name: the medal-ruling machine, which would become widely used in the engraving trade; an automaton doll; an improvement to the camera lucida; and a parlor reed organ (likely an improvement or refinement of an earlier model).

In 1824, he was hired by the U.S. Mint as an outside contractor and was supplying letter and numeral punches. In 1825, Mint Director Samuel Moore sought to secure Gobrecht as Assistant Engraver, but Gobrecht instead vied for the position of Chief Engraver, appealing to President James Monroe directly. He was unsuccessful, however, maintained an excellent working relationship with the Mint while pursuing his own career independently as an engraver. Over the next ten years, Gobrecht would supply the U.S. Mint with multiple dies for medals such as the Franklin Institute Medal, the Charles Carroll Carrollton medal, and the Peale’s Museum admission pass, among others. In 1835, with Chief Engraver William Kneass in failing health and the transitioning of Mint directorship, Samuel Moore again sought to bring Gobrecht into the fold, as Kneass’ assistant, and Gobrecht agreed. Gobrecht was quick to produce, and made several patterns, the most memorable of which was for the Liberty Seated dollar, popularly known as the Gobrecht dollar today. The obverse would serve as the basis for what would eventually become the well-regarded Liberty Seated half dimes, dimes, twenty-cent pieces, quarters and half dollars and the reverse as James B. Longacre’s inspiration for the obverse of the extremely popular Flying Eagle cents (1856-1858). In addition, he greatly refined John Reich’s design for the half dollar and produced dies for the first pattern two-cent piece and gold dollar. In 1838 he introduced the designs for the Liberty eagle, which would go on to be replicated on half eagles and quarter eagles in subsequent years.

In 1839 he engraved the dies for the Braided Hair cent, then in 1840 the Braided Hair half cent. In 1840, Chief Engraver William Kneass died, allowing Gobrecht to take the position, but truthfully, he had been functioning as the Chief Engraver for nearly five years already, as Kneass was largely incapacitated. In 1844, Christian Gobrecht died after producing a monumental life’s work. His productions would serve as some of the nation’s longest standing designs on our coinage, coins that were largely well-received and widely regarded (still today) as some of the most beautiful works of art the U.S. Mint has produced. 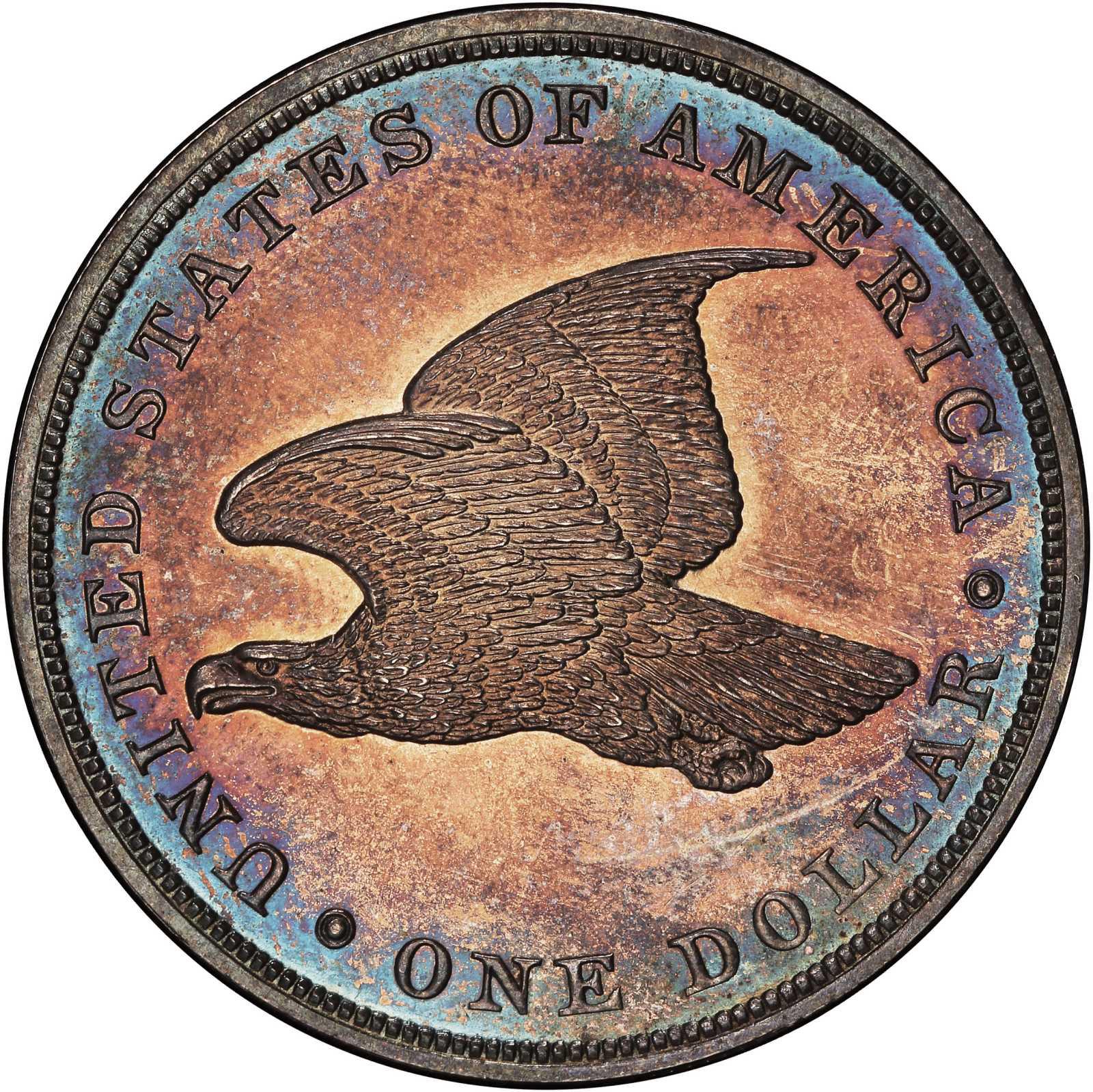 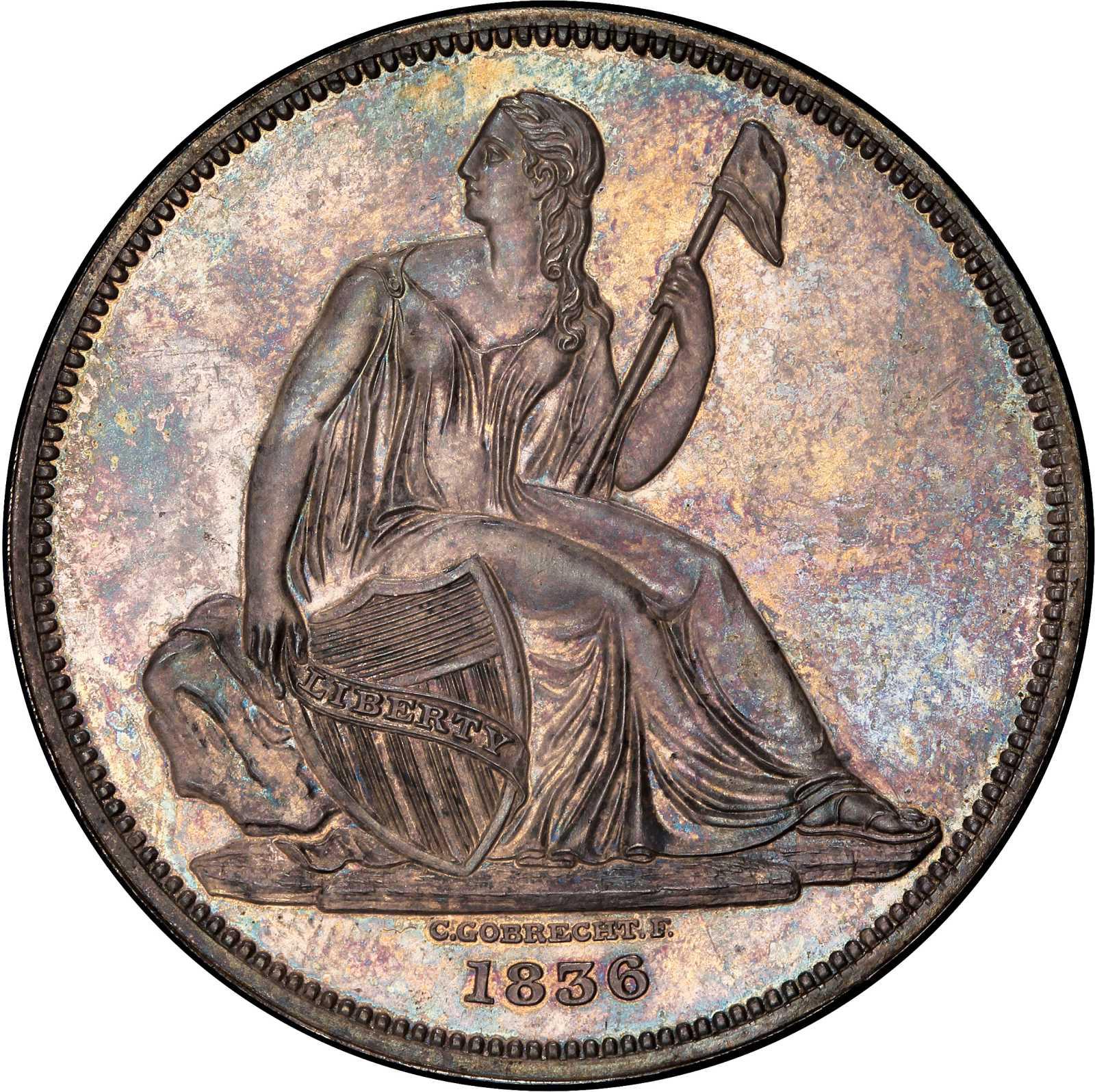 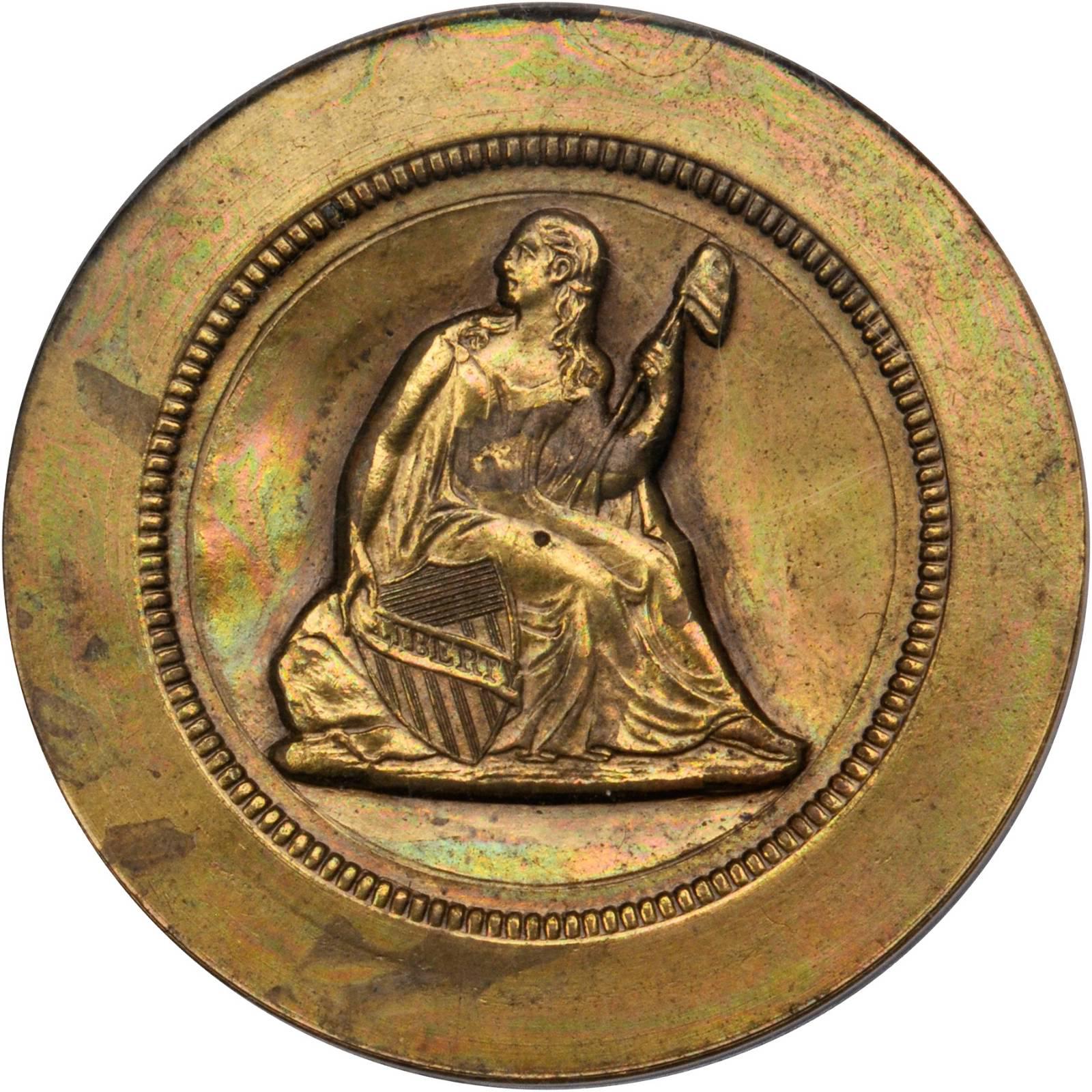 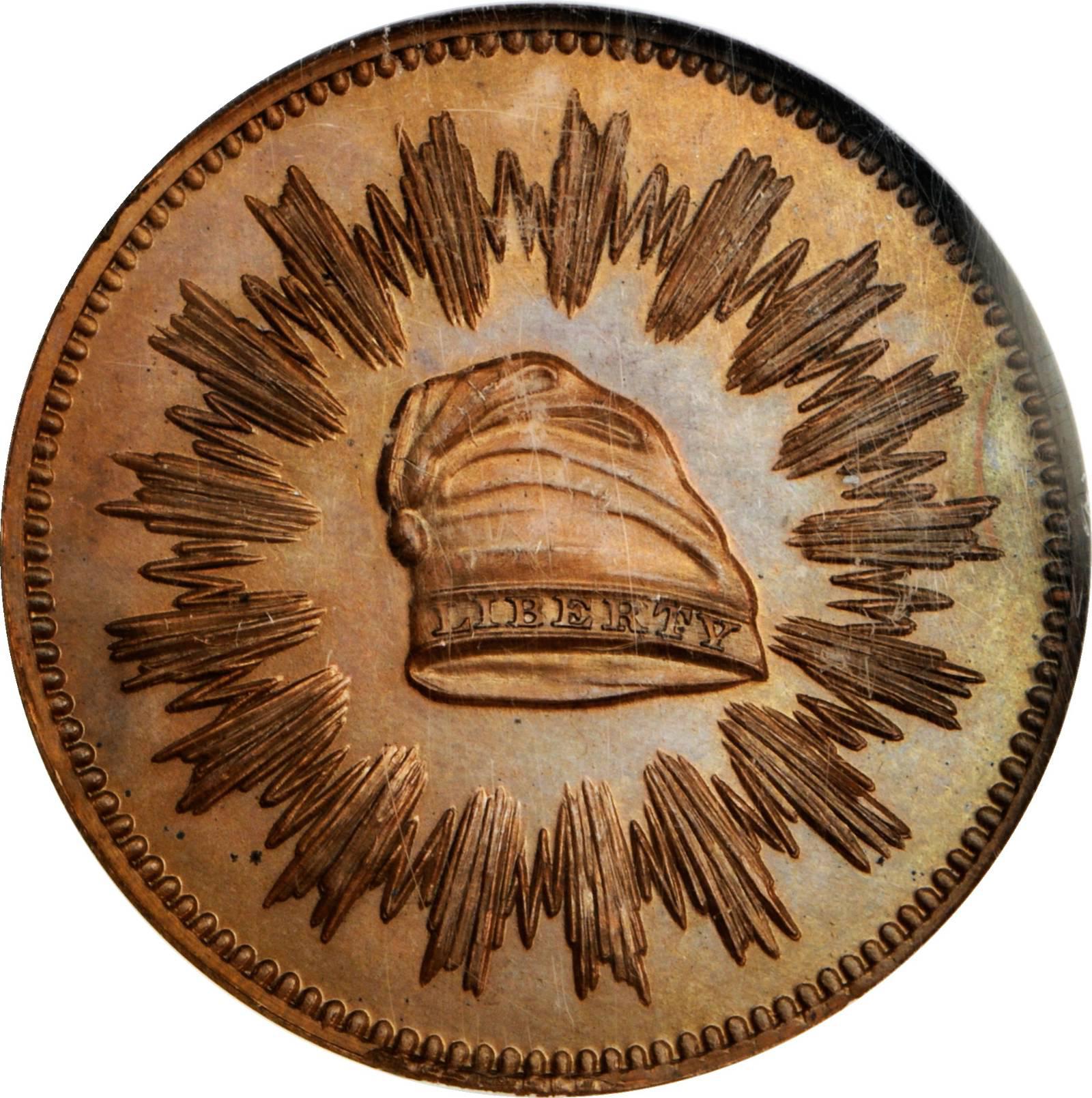