The story of the lady on the Morgan silver dollar is always interesting, it seems, just as the dollars themselves have perennial popularity.

At the Mint, Director Henry R. Linderman was dissatisfied with the artistic talent, or lack thereof, of Chief Engraver William Barber. Seeking to introduce better designs, he corresponded with Deputy Master C.W. Fremantle of the Royal Mint in London, seeking a recommendation for an engraver. George T. Morgan was recommended, and in 1876 he emigrated from England to the United States.

In Philadelphia, Morgan enrolled at the Academy of Fine Arts to enrich his knowledge of American art and to meet others in his field. It was at about this time that he was introduced by Thomas Eakins, Philadelphia artist, to Anna Willess Williams, a local teacher. Morgan persuaded her to pose for the Liberty head that Linderman wanted for his silver coinage. According to an article in The Numismatist of May 1896, there were five sittings in November 1876. The original designs were intended for use on the half dollar and were used on several different pattern half dollars of 1877, all of which are very rare today.

The Bland-Allison Act of February 28, 1878, resulted in Uncle Sam making new silver dollars by the millions, unwanted and unneeded, but a boon to western silver mining interests. A design was needed, and quickly. Morgan’s half dollar design was picked, dollar dies were made, and coins were rushed into production, the first striking being within two weeks!

The Numismatist, May 1896, announced Anna Willess Williams’ upcoming marriage and included this:

“[Morgan’s] original inclination was to place on it a fanciful head representing the Goddess of Liberty. But the ambitious designer was too much of a realist to be satisfied with a mere product of fancy. Finally he determined the head should be the representation of some American girl and forthwith searched for his beauteous maid.

“It was a long search, although pleasant. He told his friends of his desires, and one of them spoke of the really classic beauty of Miss Anna Williams. The English designer was introduced to the girl. Mr. Morgan was at once impressed by her beautiful face and studied it carefully. Then he told her what he desired, and she promptly refused to permit herself to be the subject of the design. Her friends, however, induced her to pose before an artist. After five sittings the design was completed.

“Mr. Morgan was so enthusiastic that he declared Miss Williams’ profile was the most nearly perfect he had seen in England or America.”

The Morgan dollar girl passed away in 1926. 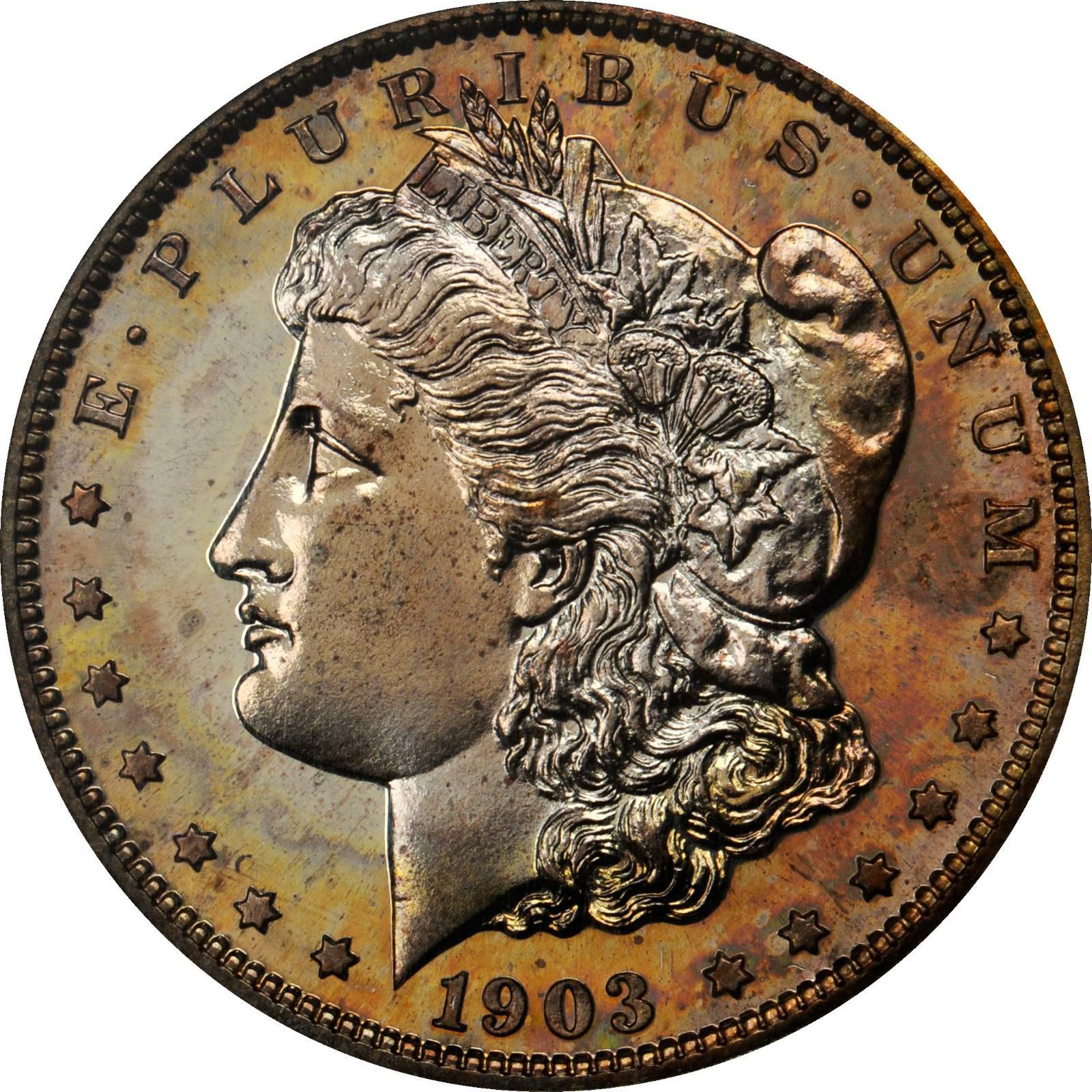