The 1793 half cents were struck in the summer of 1793, but their story begins years earlier. In the pre-Federal era, copper coins were commonplace, but there was little distinction made among what the populace called “coppers,” a catch-all term for coins of roughly halfpenny size that varied widely in weight, origin, and size. Coppers circulated to ease small transactions but were never legal tender, so their value ebbed and flowed with the economy, finding the intersection of supply and demand, a point that depended considerably on geography. In 1785, the Grand Committee of the Continental Congress commented on the wide variability of the value of coppers, “As 1/60 to 1/72 to 1/90 to 1/96 of a dollar; that is as 24 to 20 to 16 to 15.” During the Copper Panic of 1789, when merchants in major cities became anxious about how commonplace and how lightweight coppers had become, their values plummeted nearly fivefold. Exacerbating the situation, coppers of all sizes passed at the same value; Philip Mossman (Money of the American Colonies and Confederation ) cites a correspondence published in a July 30, 1789, Philadelphia newspaper noting five different coppers seen in circulation, ranging from a 38-grain German quarter stuber and a 54-grain French liard (both far smaller than a half cent) to a 1727 French sol weighing 182 grains.

Breen traces the ancestry of the half cent to the copper Five Units denomination in the abandoned 1783 Robert Morris coinage plan. That coin, today known by a single specimen, was the only copper piece in the Morris schema and it was actually worth 0.003472 of a dollar, about a third of a cent. Its similarity to the half cent is merely incidental. Jefferson’s competing plan, first given voice in his 1784 Notes on the establishment of a Money Unit, and of a Coinage for the United States , was a more sensible decimal-based system that had room for a coin smaller than his one-hundredth unit, called a Cent. “The Financier supposes that the 1/100 of a dollar is not sufficiently small where the poor are purchasers or venders,” Jefferson wrote. “If it is not, make a smaller coin.” Jefferson did not seem to recognize that such a coin was important enough to the monetary economy of the United States to introduce immediately:

“I have no doubt the time will come when a smaller coin will be called for. When it comes, let it be made. It will probably be the half of the copper I propose, that is to say 5/1000 or .005 of a dollar, this being very nearly the farthing of England. But it will be time enough to make it when the people shall be ready to receive it.” 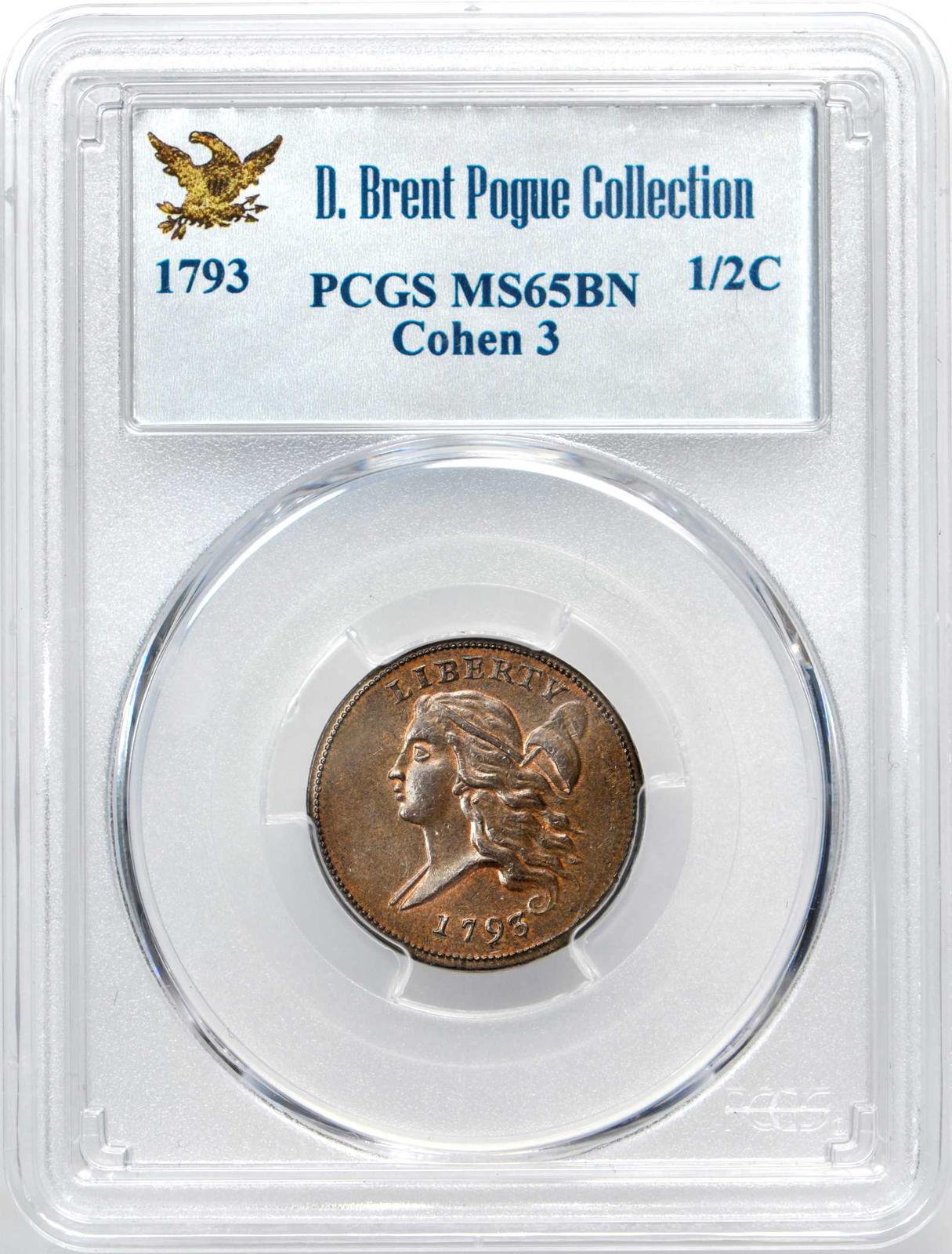 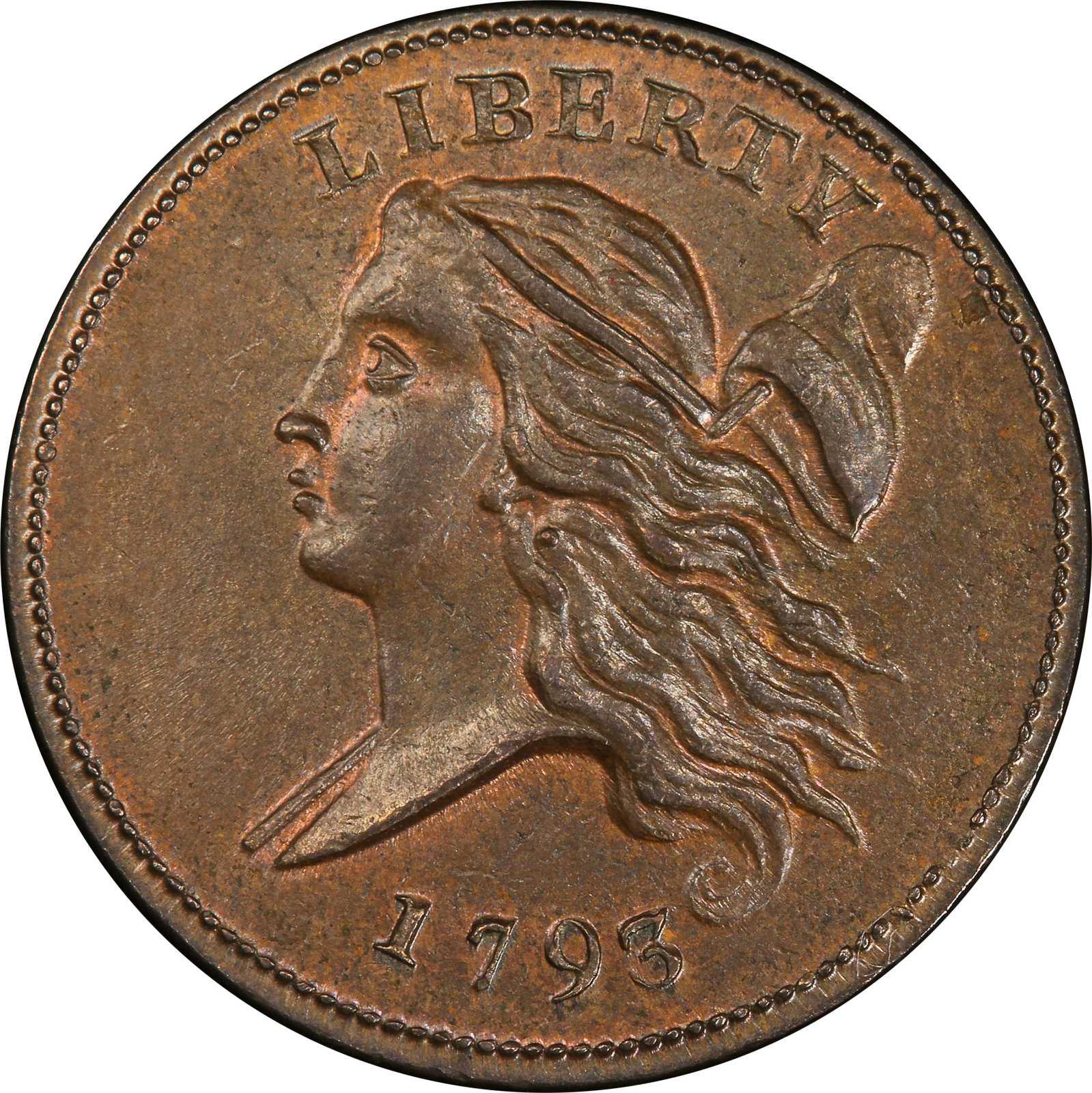 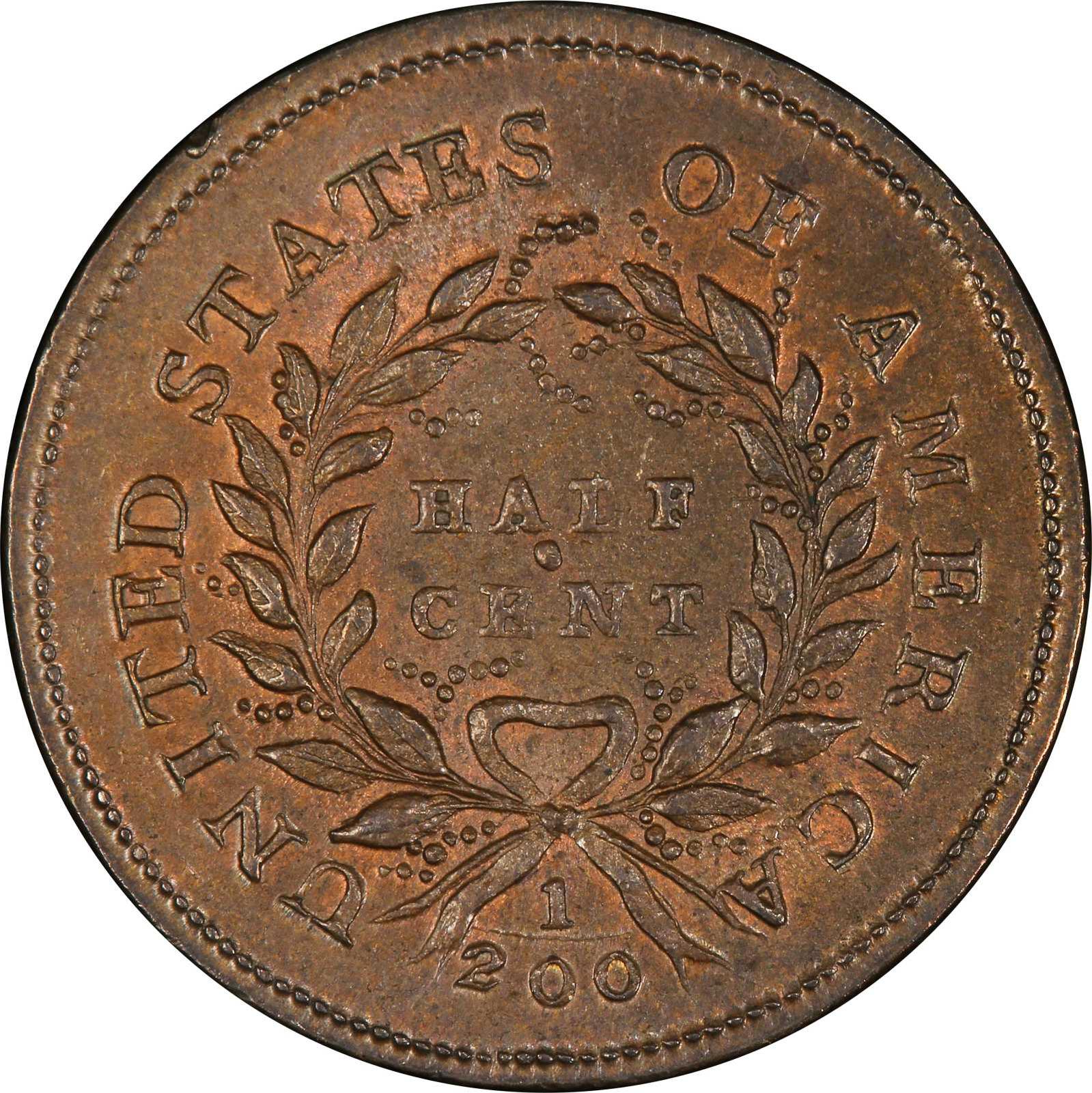 Jefferson’s plan was supported by the Grand Committee of the Continental Congress, who submitted “1 [piece of copper] of 1/200 or .005” as the smallest suggested denomination in their May 1785 report. A little over a year later, Congress resolved that “the two copper coins shall be as follows: one equal to the one hundredth part of the federal dollar, to be called a Cent; and one equal to the two hundredth part of the federal dollar, to be called a Half Cent.” After the passage of the Constitution and the founding of the Federal government, the issue was raised again. The half cent found a new advocate in Alexander Hamilton in his January 1791 Report on the Establishment of a Mint . While Hamilton’s prose, cited atop the description on the following page, defended the ability of the poor to have a coin of the lowest possible value with which to “procure necessaries cheap,” it is easy to wonder if the reasoning behind Hamilton’s full-throated defense of the half cent didn’t have more to do with finally letting his friends in the New York merchant community be rid of the low-weight coppers they loathed so much.

The Mint Act of April 2, 1792, made the existence of the half cent official. President Washington sounded his approval in a July 9, 1792, letter to Mint Director David Rittenhouse, officially offering his “approbation of the purchase he has made of the house and lot for the mint, of the employment of Mr Voigt as Coiner, of the procuring fifteen tons of copper, & proceeding to coin the cents and half cents of copper & dismes & half dismes of silver.” While trials for cents, half dismes, dismes, and perhaps quarters were struck over the course of the next year, not a single pattern half cent appears to have been struck. The Philadelphia Mint finally began undertaking copper coinage for circulation after the passage of the Act of January 14, 1793, which settled upon a weight of 208 grains for cents and half as much, 104 grains, for the smallest denomination.

After that, work began quickly. Cents were struck before the end of February 1793. Half cents came into existence incrementally. In the May 2000 issue of Penny-Wise , Bill Eckberg drew on documents in the National Archives to show that the Big Bang of half cents took place on Monday, April 29, 1793, when documents record that workmen Thomas Flude and Daniel Gerard were busy “casting all night.” Beginning on May 1, 1793, and continuing until the middle of the next week, “the same gentlemen spent their time rolling, annealing, and cleaning the copper strips,” according to Eckberg. Before the last sheets of copper were even finished, the process of creating planchets had begun. Two workmen named William Ward and Mathias Sumers spent “3/4 of a day milling 1/2 Cts” on May 3, marking the first time the words TWO HUNDRED FOR A DOLLAR would ever make an appearance on a coin. “By May 15,” Eckberg wrote, “all of the half cent planchets were blanked, milled, and annealed – ready to be coined.”

For unknown reasons, the actual coining was delayed until July 19, 1793, but on that day two men spent their hours “coining 1/2 Cents.” Seven thousand 1793 half cents were delivered to Tristram Dalton, the treasurer of the Mint. Three more days of production between July 23 and July 25 resulted in 24,934 more half cents being delivered to Dalton on July 26. A further 3,400 half cents were turned over to the treasurer of the Mint in September, likely a batch that had been produced in July. The sum of these totals is the typically cited mintage for the issue of 35,334, of which roughly 3%, or about 1,000 coins in all grades, survive based upon Eckberg’s statistical analyses.