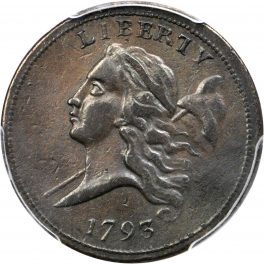 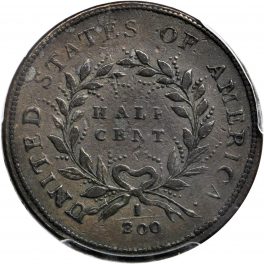 History, Information, and Value of 1793 Liberty Cap Half Cent

Whitman-1 | Cohen-1, Breen-1 | Breen dies: 1-A | Each of the four varieties of this year is in the same range of scarcity in the marketplace. For the sticklers among us, the 1793 Liberty Cap Half Cent, W-1 is the ideal starting place for a half cent collection as it represents the very first coin of the denomination to roll off a hand-operated screw press at the Philadelphia Mint. For this variety the L of LIBERTY is situated completely over Liberty’s forehead and there are 15 leaves on the left branch and 16 leaves on the right branch on the reverse. Considered by some to be the scarcest of the four varieties of the date with perhaps only 250-300 pieces available in all grades. W-1 is typically found in grades of AG to VF, and anything finer presents a challenge to a collector. This coin is worth large figures and should be purchased with disgression. 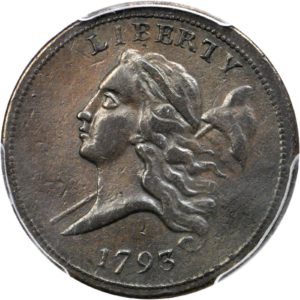 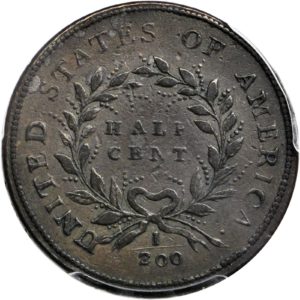 W-2 | C-2, Breen-2 | Breen dies: 1-B. | Though it utilizes the same obverse die, this variety is slightly different than the preceding and exhibits 15 leaves on each of the reverse branches. The 1793 Liberty Cap Half Cent, W-2 is often found with its dies somewhat misaligned. Only 275 to 350 examples are thought to exist in all grades. 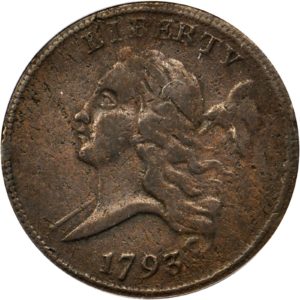 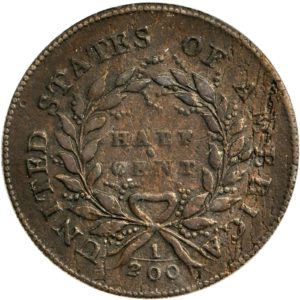 W-3 | C-3, B-3 | Breen dies: 2-B. | A new obverse comes into use here at the 1793 Liberty Cap Half Cent, W-3 with the L of LIBERTY now partly over her hairline. The 15-leaves reverse die of the preceding variety stays in play here. W-3 is similar in scarcity to W-2 with perhaps 275 to 350 examples of the date available in all grades, making this coin worth a fair amount. 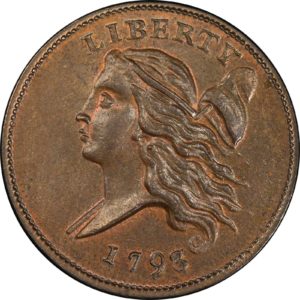 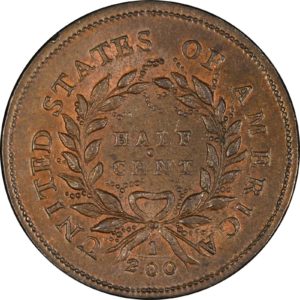 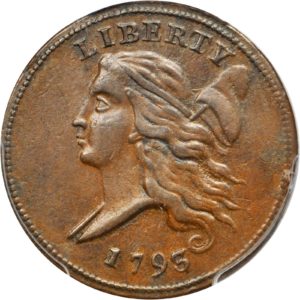 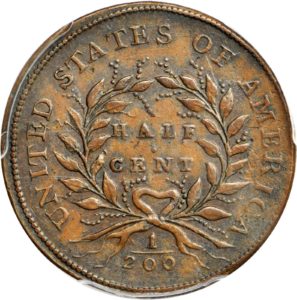 Value of 1794 Liberty Cap Half Cent