Value of U.S. One Dollar Coins

Most one dollar United States of America Liberty coins are not encountered on a day to day basis in circulation.  In fact, in some years the coins were only sold directly to collectors and dealers by The U.S. Mint.  Despite their perhaps seemingly elusive nature, the vast majority of these coins are extremely common and still only worth their face value of one dollar.

The first silver dollar coins were minted in 1794.  With exception of a few small gaps, silver dollars were commonplace in commerce between the late 1700s and 1935.  1935 marks the last year that silver dollars were issued for circulation where the coins actually had silver in them.  The Eisenhower (aka Ike) series rebooted the $1 silver coin series in 1971, but only special issues of Ikes have silver.  The later Susan B. Anthony coins, also while silver in color, don’t have any precious metal content.  And the Sacajawea and Native American dollars, again while gold in color, definitely do not have any actual gold content.

If you are interested in collecting modern one dollar coins then you will want to read our guides below.  Perhaps the most important things to consider are the different strikes as well as some of the small varieties that make seemingly similar coins worth vastly different amounts of money. 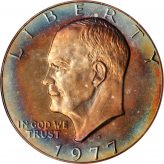 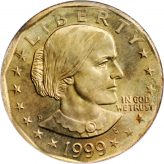 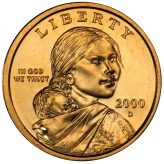 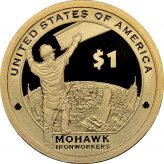