There is a rich history of tokens in America since the opening of the first Philadelphia Mint. Some of the more popular types of tokens were the Hard Times Tokens and the Civil War Tokens. To collectors, these offer a great amount of variety and design that adds depth to any great collection.

Hard Times Tokens were begun in 1832, right at the height of the economic boom in the United States. Banks were strong, industry was strong, and stock in large companies was growing. At this point, the Federal coinage was still strong, although some denominations had been halted in 1802 because of the cost associated with producing the coins. However, as political, financial, and economic crisis began to overtake the United States, Hard Times Tokens were produced for private commerce. As mentioned on the Hard Times Tokens page, these were not legal tender, but were accepted between merchants as a way to do business when the Federal Government could not be trusted. One of the largest causes for the need of Hard Times Tokens was the fact that Andrew Jackson weakened the Second Bank of the United States so that its Charter would not be renewed in 1836. He did this in hopes that inflation would decrease and the value of money would return to its previous form. However, state banks went into a panic mode and mass produced currency and coinage. Jackson sent out a flier saying that payment for land could only be made in gold or silver. This sent the economy into a frenzy and begun the economic depression. This was the start of the Hard Times Tokens. 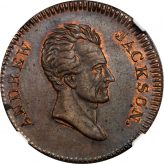 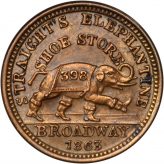 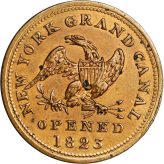 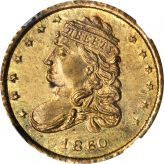 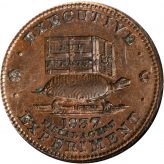 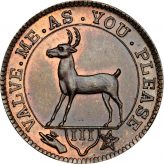 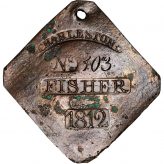 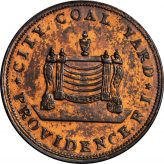