Value of U.S. Half Cent Coins

In a time when income and inflation were much lower, half cent coins were important for providing accurate pay to workers.  The middle class worker would bring home a few dollars a week, so to be more precise with purchases, the half cent was introduced.  There were four different series in this denomination, all of which provided a similar design of Liberty on the obverse.  These coins were nearly the size of a quarter, and thick, as they were made out of copper.  There are lots of coin specialists who love collecting all the different years, styles, and smaller varieties that half cents are found in.  Small variations can make a huge difference in what half cents are worth.  Please pay close attention to the coins in our guide. 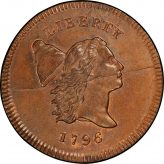 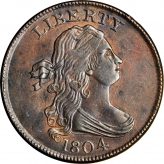 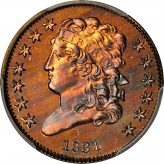 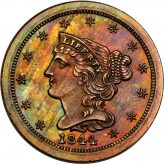