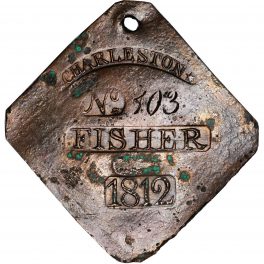 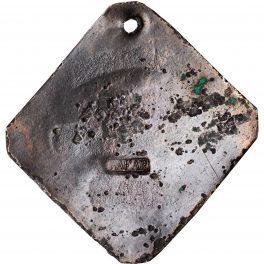 In the early South, it was customary for Slave owners to tag their slaves. Most slaves wore their tags whether they were in the fields or out in the city. Many slave owners would send their slaves off to do various tasks for neighbors as a way to earn money. For example, a slave with the Mechanic tag may travel to the neighbor’s house to work on a carriage. A servant may go to the city to assist in a gathering. The owner would be paid when the slave worked for other people. These tags were created so that slaves would be, according to the city, taxable property. But, the tags were twofold. When a slave wore a tag, other people knew that they were already someone else’s property.

These tags are often found now through excavation since many were destroyed by their owners. These badges are increasingly rare and often counterfeited, so keep an eye on what you buy.