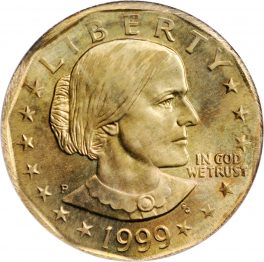 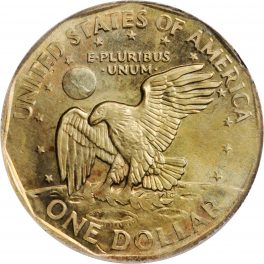 In 1975, a group of researches gathered to discuss the past and future of American coinage. Their topics included what should be represented as an important event in American history. Their findings concluded that there should be a coin larger than a quarter but smaller than a half dollar for ease of carrying. Other findings show that there should eventually be a discontinuation of cents and that they should be replaced by two cent pieces. Out of these findings came the idea of creating a Susan B. Anthony Dollar. The first proposed design for the coin was that of Lady Liberty, an idea that was similar to the previous Liberty Cap and Flowing Hair looks. The Chief Engraver created prototypes of the coin, and included an 11-sided boarder inside the rim so that the coin would easily be distinguished from the quarter. After the proposal for a new small dollar was submitted to Congress, they agreed, but only if it portrayed Susan B. Anthony. Much discussion took place and the two parties agreed that Anthony should be represented on the coin. The reverse of the coin is a small version of the Apollo reverse from the Eisenhower Dollars.

At the Anthony Dollar launch event, guests were invited to strike a proof dollar. The benefit of the copper Susan B. Anthony Dollars were that they were easily distinguishable from the quarter, much smaller than the Eisenhower, and a fraction lighter than the Eisenhower as well. The promotion of the new dollar coin cost the Mint and the Federal Government a combined $600,00. In the final year of production, both an Anthony Dollar and Sacagawea Dollar were produced. When it comes to collecting the dollars, there won’t be too much value past the face value. We would suggest finding these coins in as high of grades as possible to give yourself the most value in a collection.