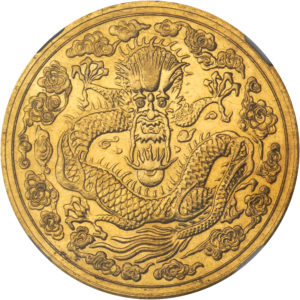 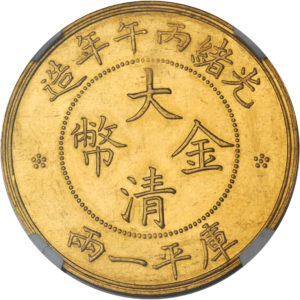 The rich numismatic history of China spans nearly four millennia and encompasses much more than just coins. Some of the earliest mediums of exchange included cowrie shells and bone or bronze imitations thereof during the Shang Dynasty (ca. 1766-1154 B.C.). These were highly regarded and valuable objects. Other means of currency included cast ingots called Sycee from a multitude of localities in various shapes, sizes and metals. Other cast monies came in a plethora of shapes and sizes from cash coinage to spades to knives primarily in bronze, but some made from iron as well. The earliest collectable banknote of the world also hails from China. Produced during the beginning of the Ming Dynasty (A.D. 1368-1644) these were made from mulched mulberry bark in multiple denominations, though the only readily available denomination is the 1 Kuan or 1,000 cash (the largest denomination from this series).

It wasn’t until the middle of the 19th century that the manufacturing of coins began to change, with modern minting equipment being installed at the Hong Kong mint while under British administration and the adoption of the decimal system. The Hong Kong mint produced its own coinage from 1866 to 1868 and operated at a loss, after which it was shut down and the minting equipment sold off. Near the close of the 19th century provincial mints began producing coinage of a somewhat standardized design based on the weight of a Tael and its derivatives. 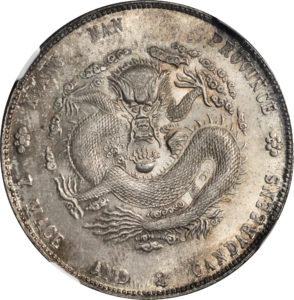 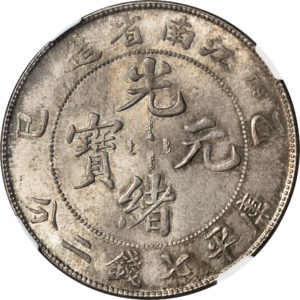 The obverse motif depicts a stylized Chinese dragon among clouds with English legends of the province name above and denomination below. The reverse consists of Manchu and Chinese characters stating the era, province and denomination. Each mint made its coinage distinct. At the time the Kwangtung mint was opened and in full production, it was one of the largest mints in the world. After the revolution of 1911 coinage moved away from the provincial mints and toward one central mint at Tientsin, Hupeh Province. Throughout the 20th century improvements and declines in the political and economic sphere, are reflected in the coinage. Issues depicting the self-proclaimed Emperor Yuan Shih-kai and national hero Dr. Sun Yat-sen (among other national and political figures) can be seen on numerous different types and denominations struck in gold, silver and copper alloys. 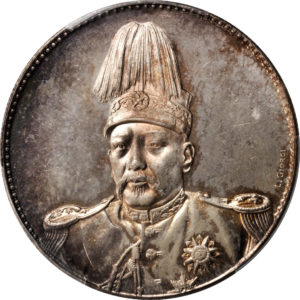 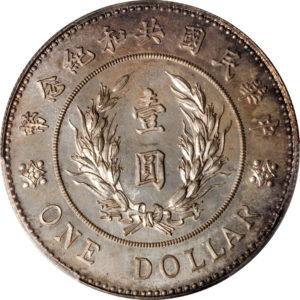 In the 36 years before the outbreak of the Second Sino-Japanese War (known as World War II in the west), there were two major political parties, the Kuomintang and the Communists. Both issued coinage while fighting against each other, but set their differences aside after the Japanese invaded the Manchurian Provinces in northern China and installed a puppet government. During this time the national capital moved from Beijing to Chongqing, then still part of Sichuan Province. After the war, fighting between the Kuomintang and Communists continued resulting in the Kuomintang fleeing to Taiwan where they set up a provisional government. Before the Communists gained total control they established the People’s Bank of China on December 1, 1948, which began issuing a unified currency, the Yuan (the precursor of the Renminbi). Prior to Mao Zedong’s Great Leap Forward, national coinage began production in 1955 and is still issued to the present day. 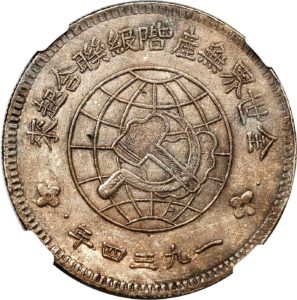 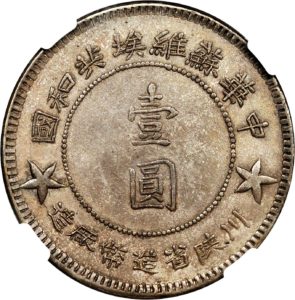 The last decades of the 20th century to the present saw the production of coinage not intended for circulation though retaining legal tender status. Special Mint and Proof coinage was issued as singles and in sets. The quantity of Modern commemoratives and other special issues is staggering and these are very heavily collected. The more recognizable issues of this series depict iconic Panda’s (1982-present), Lunar Zodiac animals (1981-present) and mythical Chinese Unicorns (1994-1997). These are struck in Gold, Silver, Platinum, Palladium and Copper alloys in various weights and denominations. 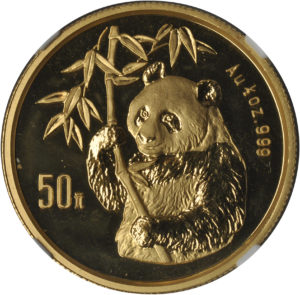 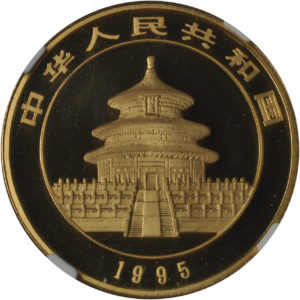 The vast field of Chinese numismatics encompasses many different methods and technologies of manufacture. Recognizing this helps to understand the complexity of the different series, from cast Sycee ingots to modern commemoratives. Collectors of Chinese numismatics items tend to specialize in their fields of interest, though some branch out and collect related areas. Whether you have one item or an entire collection, if you would like to learn more about the value and history of what you possess, contact one of our Foreign Numismatic Specialists.