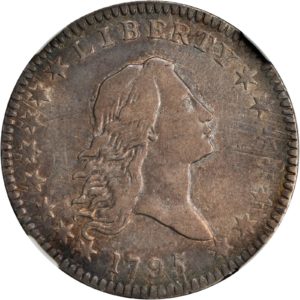 Robert Scot, was born in Scotland in 1745. After training as a watchmaker, engraver and receiving an education from the University of Edinburgh, he immigrated to the United States. In 1775 he resided in Fredericksburg, Virginia where he engraved currency plates for Virginia State currency. In 1780, he moved to Richmond and assumed a role as engraver to the State of Virginia, where he worked under Governor Thomas Jefferson. In this capacity, he engraved the dies for the Virginia Happy While United medals given to Native American chiefs as tokens of peace.

After the British burned Richmond in early 1781, Scot moved to Philadelphia where he established himself as an accomplished engraver. During the next 12 years, Scot would be responsible for engraving currency, maps, and scientific illustrations and is the probable engraver of The Great Seal of The United States. He also established himself as an American patriot. In November of 1793, he was commissioned engraver at the Philadelphia Mint. In that capacity he produced designs for the Flowing Hair coinage, Draped Bust coinage, and the 1795 and 1796 Capped Bust gold issues. He also engraved the dies for the Thomas Jefferson Indian Peace medal and the Thomas Truxton medal. In 1807, assistant engraver John Reich was hired and assumed the lion’s share of the work thereafter; however, Scot would retain the main engraver position until his death. As the engraver of the United States’ first silver coins, Scot’s legacy remains in our nation’s coinage to the present day. Outside of his work within the Mint, his book engravings helped a burgeoning publication industry within the United States throughout the 1790s.