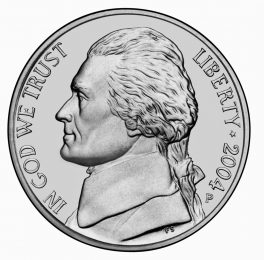 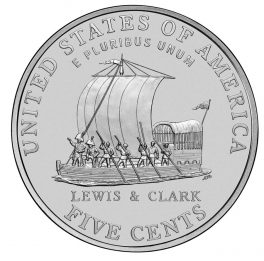 In 2003, America celebrated the 200th Anniversary of the Louisiana Purchase. This celebration called for a new series of coins to be released from the Mint. Under the supervision of Director Henrietta Fore, the Mint released several new coins beginning in 2004 and ending in 2005 that were part of the Westward Journey Nickels. The aim of the series was to commemorate Lewis and Clarks journey westward. The reverses were: a Peace Medal Nickel, a Keelboat Nickel, a Bison Nickel, and a Western Waters Nickel. Each new design represented a part of the journey. The Peace Medal being their interaction with Native Americans, the Keelboat being their mode of transportation, the Bison being their new obstacles, and the Western Waters being their final destination. This series sat well with the public, especially coming off of the extremely successful launch of state quarters.

These coins are common and worth face value. The only ones that will garner more value will be the proof rolls, and a perfectly graded MS70 coin without the satin designation. If you have one of the above listed coins, reach out to our experts to receive a quote.