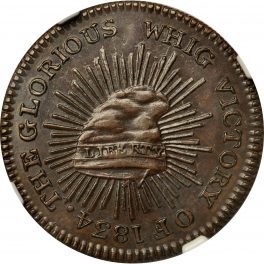 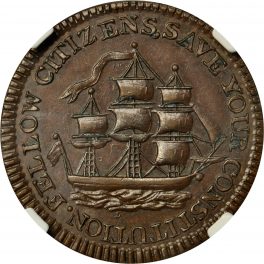 This reeded edge token has an obverse of the Liberty Cap and it is surrounded by the glorious rays. On the reverse is a ship similar to the one shown on Token H-14, however it is turned in the opposite direction. This token typically receives the Hard Times Designation of HT-15.