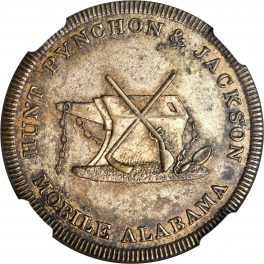 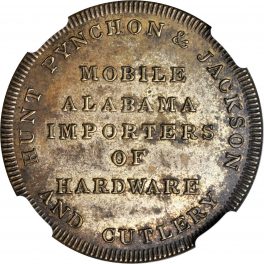 This token typically receives the Hard Times Designation of HT-98.

Am I Not A Man & A Brother Slave Hard Times Tokens