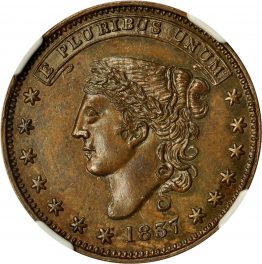 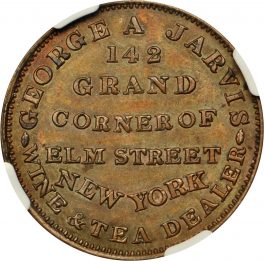 This Token Came From – George A. Jarvis Wine and Tea Store

This token typically receives the Hard Times Designation of HT-284.