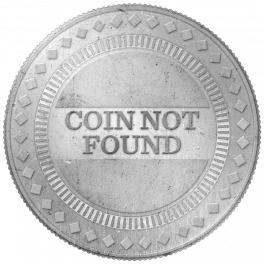 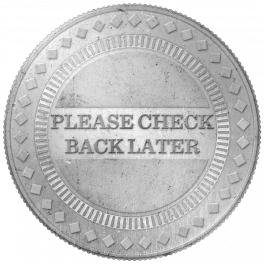 President Lyndon B. Johnson signed legislation, enacted in 1964, providing for the production of 45 million dollars of the 1964-D Peace dollar design, the first striking of silver dollars since 1935. No coins were struck until the following year, when the Denver Mint struck 316,076 coins in a trial production. Expectations were high that collectors could add a 1964-D to their collections, but hopes were dashed. Later the same year, the Coinage Act of 1965 forbade the minting of any standard silver dollar for a five-year period. No pieces were officially saved. Rumors aboundand have since 1964 in factthat one or more of these are in private hands. If such is the case, the owners are shrewd enough to know that Uncle Sam would confiscate any 1964-D Peace dollar.

The obverse text on the Peace Dollar reads “Liberty; In God We Trvst (Trust); 1964.” The reverse text on the silver dollar reads “United States of America; E Pluribus Unum; One Dollar; Peace; D.” The obverse of the coin has a bust of a female facing the left with a pointed crown and flowing hair. The reverse of the Peace Dollar has an eagle sitting on a rock in the center with rays in the background.

The Peace Dollar series is very popular among collectors. If you have a Peace Dollar that you would like to sell, please contact our experts at Coinappraiser.com and they would be happy to assist you. We run rare coin auctions. If you keep asking yourself: “What is my coin worth” then we invite you to use our online coin price guide. Contact us today to sell your coin!

Value of 1794 Flowing Hair Half Dollar