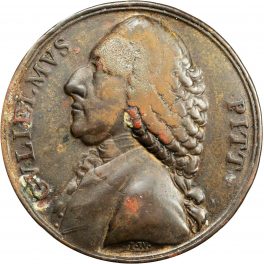 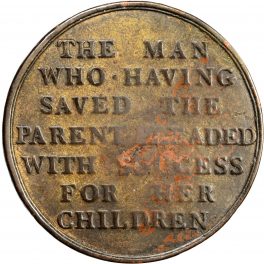 History, Information, and Value of 1766 William Pitt and the Repeal of the Stamp Act Medal

William Pitt was revered by the American Colonists and his fellow Englishman for his arguments for the common man, which gave rise to his nickname, “Great Commoner”. This medal displays a detailed bust of Pitt on the obverse. Pitt faces to the left, while wearing a braided wig and a coat. The legend states, “Gvlielmvs Pitt” and beneath the bust is the artist’s signature, I. W. The reverse lacks an image and simply states, “The man who having saved the parents pleased with success for her children.” The reverse refers Pitt’s efforts to repeal the Stamp Act.