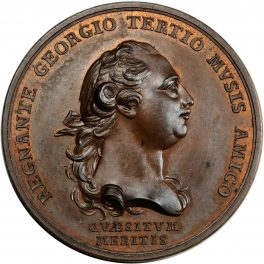 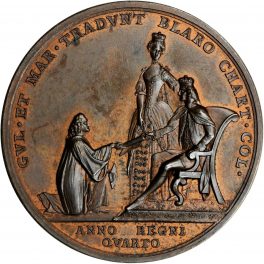 History, Information, and Value of 1771 College of William and Mary Medal

Value of 1771 College of William and Mary Medal

College of William and Mary is the second oldest college in the United States. These medals were given to outstanding students, making these medals either the first or second academic award established in the colonies. Obverse depicts a nude bust of King George III, facing to the right. Reverse depicts a student in his gown, his cap in his hand, kneeling as he accepts his diploma from a seated royal figure. Behind the seated figure is a woman wearing a crown. Only a dozen such medals still exist today.