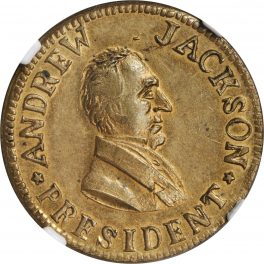 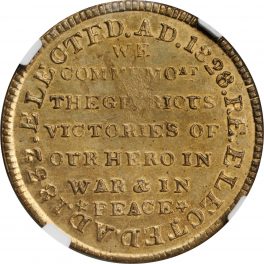 History, Information, and Value of Jackson in Jacket as President Hard Times Token

Value of Jackson in Jacket as President Hard Times Token

With slight variations compared to the earlier tokens, the Jackson in Jacket at President Hard Times Token is a nice brass example with a corrected reverse. The previous Jackson in Jacket token mistakenly said that Jackson was elected in 1829 as opposed to 1828. On this new token, the date of the election has been corrected. High grade examples of this coin can typically bring around $750. This token typically receives the Hard Times Designation of HT-5.