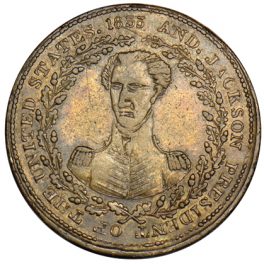 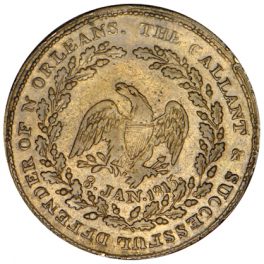 History, Information, and Value of Jackson in Uniform, No Period After N Hard Times Token

Value of Jackson in Uniform, No Period After N Hard Times Token

Similar to HT-7, the Jackson in Uniform, No Period After N Hard Times Token lacks the period after the letter “N” in the phrase “N. Orleans.” Instead, it appears as “N Orleans.” In addition to that small change, the eagle has a slightly smaller shield. These dies were designed by Robert Lovett Sr. This token typically receives the Hard Times Designation of HT-8.