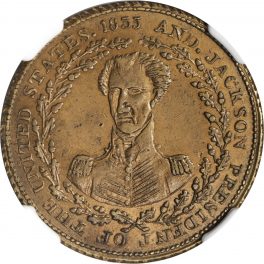 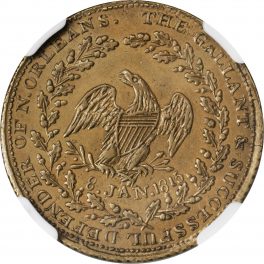 In 1833, the design of the Jackson series tokens were changed slightly on both the obverse and reverse of the token. The Jackson in Uniform, Period After N Hard Times Token was made our of brass and featured an eagle with spread wings on the reverse. The obverse of the coin has a nice portrait of Andrew Jackson looking to the left while surrounded by a wreath. This token typically receives the Hard Times Designation of HT-7.