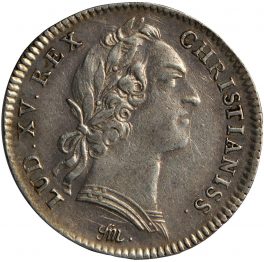 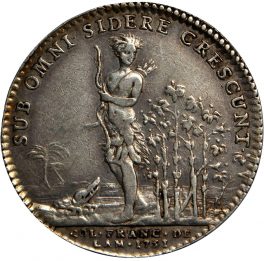 History, Information, and Value of 1751 They Flourish Under All Stars Franco-American Jeton Medal

The medal displays Louis XV on the obverse, facing to the right, wearing armor and a laurel crown on his head. The legend translates, “Louis XV, most Christian King”. The reverse displays an Indian standing near a river while carrying a bow and quiver. He walks to the left but looks back at a field of lilies. In the distance is a palm tree and an alligator in the water. The legend translates, “They increase beneath every constellation” and in exergue, “French Colonies in America. 1751.”