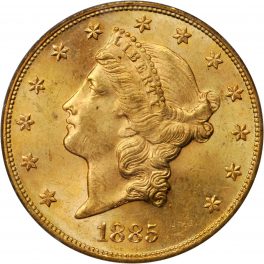 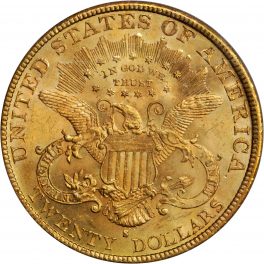 Apart from minor lack of detail to the highest elements of the obverse portrait and some of the stars on the same side, 1885-S double eagles are well struck with most survivors more or less boldly defined. Vibrant luster is the norm for Mint State coins, while examples in most grades tend to be marred by numerous abrasions. The 1885-S is similar to the 1884-S in that examples can be acquired with ease in grades up to and including MS-63 but become highly elusive any finer. The highest graded for this issue is a pair of MS-65s listed on the PCGS Population Report.