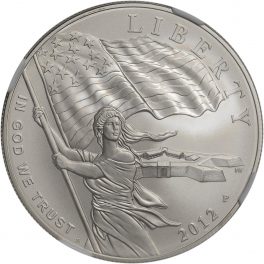 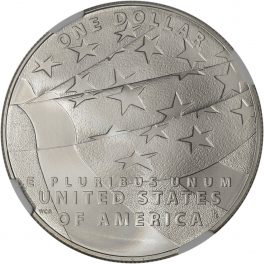 The 2012 $1 Silver Star Spangled Banner Commemorative Coin shows Liberty holding a flag infront of the fort that Francsis Scott Key wrote the Star Spangled Banner in. The reverse is a large flowing American flag. This coin was minted at the Philadelphia Mint.
Obverse: Liberty – In God We Trust – 2012 | Reverse: One Dollar – E Pluribus Unum – United States of America 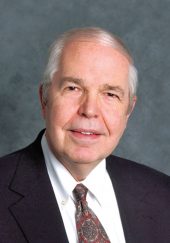