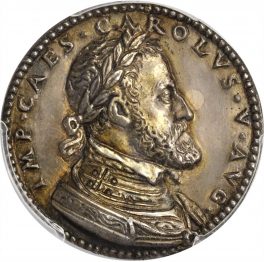 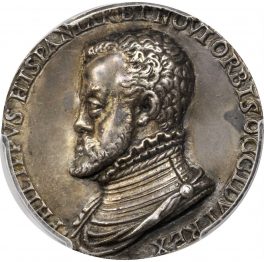 History, Information, and Value of 1556 King Philip, King Of The New World Medal

Value of 1556 King Philip, King Of The New World Medal

This is a rare medal. The front translates to read “Philip, King of Spain and of the New Western World.” The back reads as “Charles V, Emperor Caesar Augustus.” One side of the medal has a portrait of Phillip II. The other shows his father Charles V. This piece is not dated, but we know that it was made in 1556. It is generally referred to as the King of The New World medal.