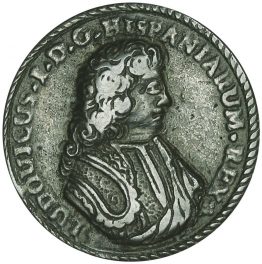 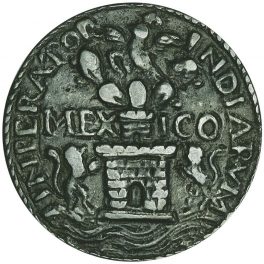 History, Information, and Value of 1724 Proclamation in Mexico Medal

Value of 1724 Proclamation in Mexico Medal

This extremely rare medal depicts the young King Louis I, in 1724 during his brief tenure as king of Spain. The young king died from smallpox after ruling for only seven months. The bust faces to the right and the legend around the bust states, “Louis, King of Spain in the year 1724.” Reverse depicts the Arms of Mexico City. A castle, centered, is the base for a cactus upon which an eagle perches. Two lions hold up the castle. The inscription intended to be read, “Emperor of the Indies”, but there was a mistype that sets this medal apart from similar proclamation medals. This medal harkens back to a similar one issued under Philip V and the reverse of the medal is nearly identical to the original, possibly from the same Mexican die with the only difference being the difference in date.