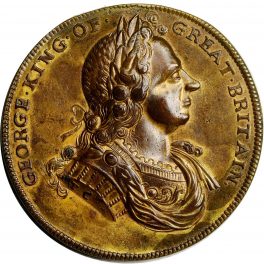 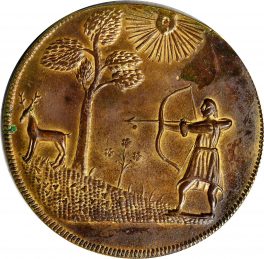 History, Information, and Value of 1727 George I Indian Trade Medal

The obverse features an image of the King in his armor and draped. The reverse of the medal shows an Indian to the right preparing to shoot a deer with an arrow. The Indian is positioned between a bush and a tree.