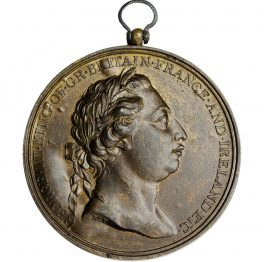 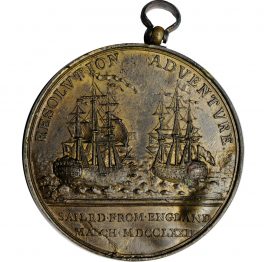 History, Information, and Value of 1772 Resolution and Adventure Medal

Value of 1772 Resolution and Adventure Medal

Known for his skills as a navigator, cartographer, and for his position in the Royal Navy as a captain, James Cook was also one of the greatest explorers of his day. This medal celebrates his accomplishments. Obverse features a bust of George II, facing to the right wearing a laurel crown tied back with a ribbon. The legend states, “George III, King of Great Britain, France, and Ireland, etc.” The reverse depicts Cook’s two ships, the “Resolution” and “Adventure” sailing out to sea. The exergue states, “Sailed from England, March, 1772.”