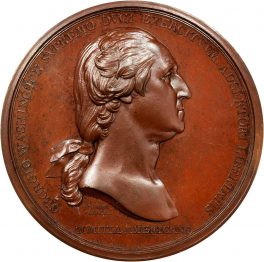 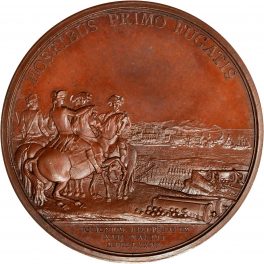 History, Information, and Value of 1776 Washington Before Boston Medal

Value of 1776 Washington Before Boston Medal

Obverse of the medal features a bust of Washington, facing to the right his hair in a cue pulled back with a ribbon. The legend around the image reads, “The American Congress to George Washington, General-in-Chief of the Armies, the Defender of Liberty.” Below the decollation is the artist’s name, “Duvivier Paris F. The reverse displays Washington leading his four officers on horseback as he points to a city in the distance, presumably Boston. One of the horses has only three legs. On the right of the medal are a fort, cannons, and cannonballs. Near the city is a body of water upon which are several ships sailing away from the harbor. The legend reads, “The enemy for the first time put to flight” and in exergue, “Boston recovered, March 17, 1776.”