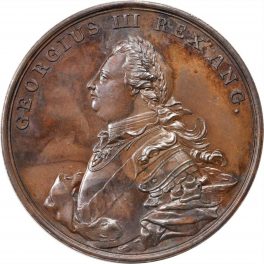 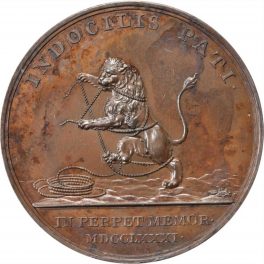 This medal indicates the resentment held by the British after the Revolutionary War. The obverse features a bust of George III, facing to the left wearing armor, cloak, his hair tied back with a ribbon. The legend reads, “George III, King of England.” The reverse displays a lion rampant and breaking from his bonds. The legend reads, “Never taught to submit. In perpetual memory, 1781.”