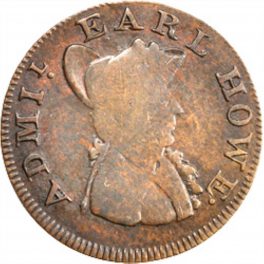 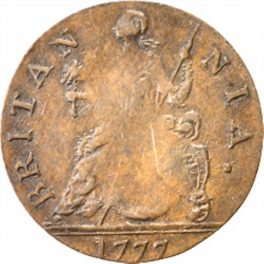 This simple medal honors the British general Admiral Howe. On the obverse is a bust of Howe, facing to the right wearing his naval uniform and a cocked hat. The legend reads, “Admiral Earl Howe”. The reverse displays Britannia sitting down and facing to the left. Sources do not indicate anything pertaining to her appearance. The legend reads, “Britan [sic] NIA” and in exergue the year, 1777.