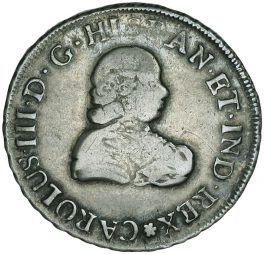 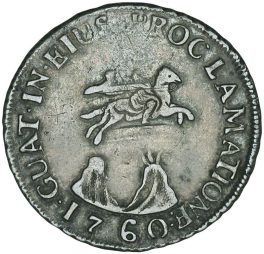 Value of 1760 Proclamation over Guatemala Medal

This rare medal proclaims Charles III as ruler over Guatemala. Obverse depicts a roughly made bust of Charles III, facing to the right wearing only a wig. The legend translates to “Charles, III King of Spain and of the New World” and concludes with a rosette. Reverse displays the device of Guatemala, which depicts a man on horseback jumping between two mountain peaks. The legend states, “Guatemala is proclaimed 1760”.