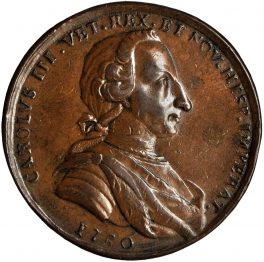 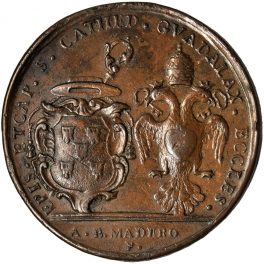 The Proclamation of Charles III of Spain

After the death of King Ferdinand, Charles became the heir to the throne in Spain. His proclamation medals were produced in Spain and then distributed to the Americas and any territory that was under his control. During his time as ruler, he declared war on several countries and proved beneficial to his people. If you see any Betts Proclamation of Charles III Medals that you own, please contact us to have the medal verified and to receive an offer.