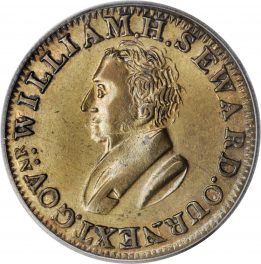 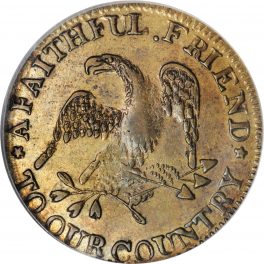 Value of Seward and Our Country Die 2 Hard Times Token

The obverse of Seward and Our Country Die 2 Hard Times Token is the same as HT-29’s obverse. The reverse of the token is a different die altogether. The word “Country” appears in lower relief than in previous versions of the token, and the leaves in the Olive Branch were reworked for this new variety. The dentils are bold since being redone. This token should be found in AU states a majority of the time. This token typically receives the Hard Times Designation of HT-28.