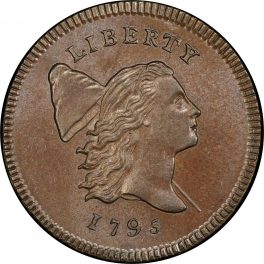 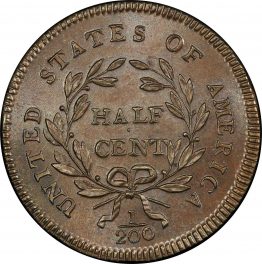 History, Information, and Value of 1795 Liberty Cap Half Cent

Whitman-1 | Pole to Cap / Lettered Edge | Cohen-1, Breen-1 | Breen dies: 1-A. The date of the 1795 Liberty Cap Half Cent, W-1 is I795 with I instead of 1. W-1 of 1795 is represented by some 1,000 to 1,500 examples, making for a half cent that is ideal for inclusion in type sets. Indeed, this is the most available variety among half cents of the date. Generally available in lower circulated grades, W-1 is occasionally seen in the marketplace in AU or sometimes Mint State, with examples in those grades rare overall. Reverse of this Philadelphia Mint coin has 17 leaves and four berries on the left and 16 leaves and four berries on the right. 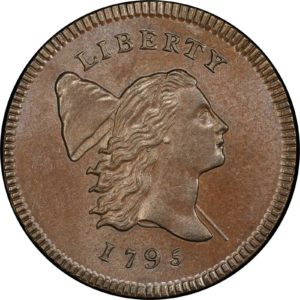 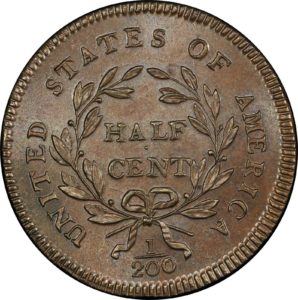 W-2a and b | “Punctuated Date” (1,795) / Lettered Edge | Large (a) and small (b) edge lettering. | C-2a, B-2a | Breen dies: 2-A. The “comma” is a diecutting error, not a deliberate addition. | The stray die marker between the 1 and 7 of the date adds a special appeal to this variety of which perhaps 400 to 600 examples exist. Most of these 1795 Liberty Cap Half Cent, W-2a and W-2b are in lower grades of AG to Fine or so, and anything above that level is scarce; the variety exists in Mint State but the rarity is high. The reverse die is the same as that of W-1. This variety displays a lettered edge. 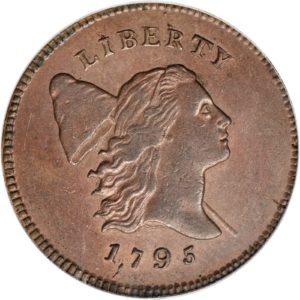 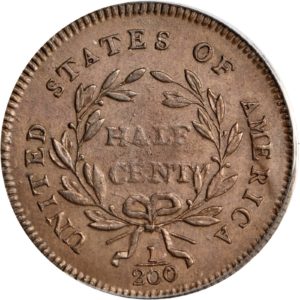 W-3a and b | “Punctuated Date” (1,795) / Plain Edge | Large (a) and small (b) edge lettering. | C-2b, B-2b | Breen dies: 2-A. | This rare variety with plain edge is typically found in AG to VG, with anything finer than that range considered nearly impossible to obtain. Only 18 to 24 examples of the 1795 Liberty Cap Half Cent, W-3a and W-3b are known in all grades. This variety shares the same obverse and reverse die combination as the preceding variety.

W-4 | “Punctuated Date” (1,795) / Plain Edge | C-3, B-3 | Breen dies: 2-B. | Another scarce variety in the parade of 1795 Liberty Cap Half Cents, W-4, it is believed that just 40 to 50 or so examples are extant. VF and EF are the highest known grades for this elusive issue. From the same obverse die as the preceding variety, the reverse die with 17 leaves and five berries on the left branch, 16 leaves and four berries on the right branch with berries at the bow. 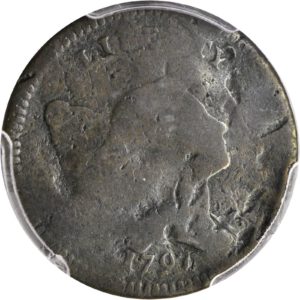 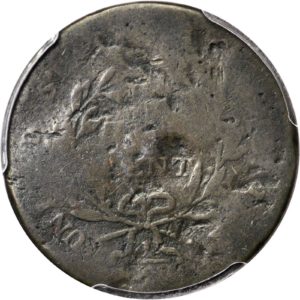 W-5 | “Punctuated Date” (1,795) / Plain Edge | C-4, B-4 | Breen dies: 2-C. | Somewhat more available than many varieties of the date, 1795 Liberty Cap Half Cent, W-5 is represented in the hobby today by some 300 to 500 pieces and a scattering of pleasing AU and Mint State coins are known from this die combination. The obverse die is the same as the preceding with the “comma punctuation,” but the reverse displays 17 leaves and three berries on the left branch and 16 leaves and four berries on the right with no berries at the bow. 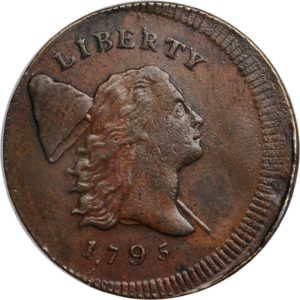 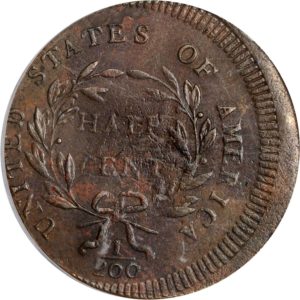 W-6a and b | No Pole to Cap / Plain Edge | C-5a and b, B-5a and b (thin and thick planchets) | Breen dies: 3-C. Obverse die of W-1, now relapped (ground down slightly) so as to inadvertently remove the pole. | It is thought that 500 to 800 examples can be found with the thick planchet style (W-6a) and just 80 to 120 or so pieces are found on thin planchets (W-6b). The obverse of W-6 is that of W-1 but with the die reground and the pole removed as a result; the reverse die is that of the preceding. Many examples of this 1795 Liberty Cap Half Cent, W-6a and W-6b variety are found on cut-down Talbot, Allum & Lee cents of 1794 and 1795 and those that show significant undertype usually enjoy great popularity and strong prices in the numismatic marketplace. Some of the thick planchet pieces are made from cut-down large cents of the era, and specimens with traces of the large cent host are eagerly sought in all grades. 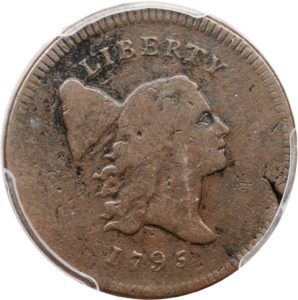 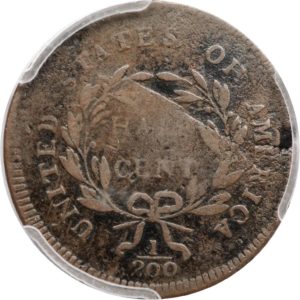 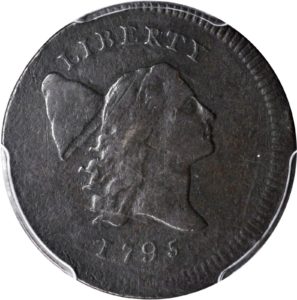 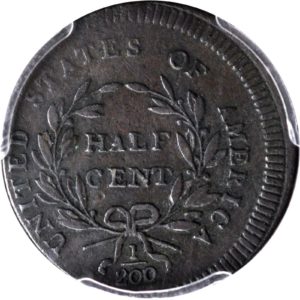 Value of 1794 Liberty Cap Half Cent

Value of 1796 Liberty Cap Half Cent