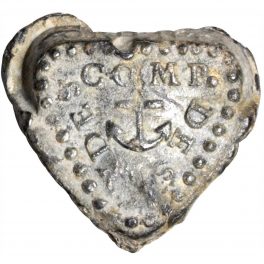 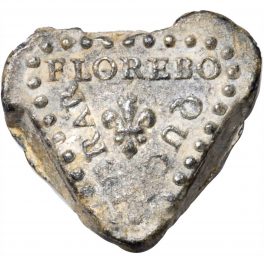 History, Information, and Value of 1723 Company of the Indies Medal

Value of 1723 Company of the Indies Medal

This medal was used as a tag by the Company of the Indies, which was a company formed by Letters Patent in 1664 and granted by Louis XIV the right to trade all over the Americas and African coast. Obverse of the tag features the Company’s arms, which depicted a crowned shield with three horizontal lines and three fleurs-de-lis. The Company’s motto is at the top “I shall flourish wherever I am carried, 1723”. Reverse displays no legend, but rather the two Indians leaning against a shield. Below the shield is a scroll upon which is written “Company of the Indies”.

1723 Company of the Indies Medal