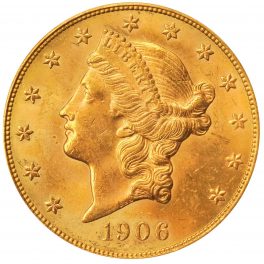 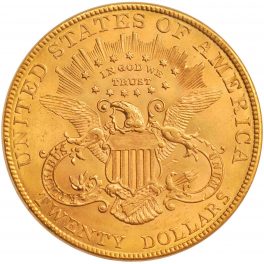 The quality of strike varies for this issue and, while there are some sharp examples known, many display isolated softness of detail in the centers and/or in isolated peripheral areas. Most survivors are heavily abraded, a feature that can interfere with otherwise attractive satin luster on Mint State coins. The 1906 double eagle completes the triumvirate of rare Philadelphia Mint Liberty Head double eagles from the early 20th century, although it is not quite as scarce as either the 1902 or 1905. Survivors are elusive in an absolute sense, however, and they seldom grade higher than MS-62. The 1906 is very scarce in Choice Mint State, rare as a Gem, and unknown any finer than MS-66 at either PCGS or NGC. The 1906 is one of the more frequently encountered Proof Liberty Head double eagles with 55 to 65 coins extant.