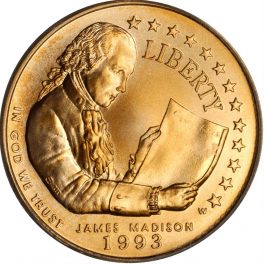 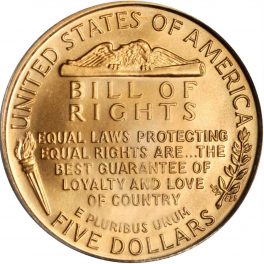 The $5 Gold Commemorative coin began being issued in 1986 with a beautiful Statue of Liberty design. Some years, such as Olympic years, there would even be three or four coins produced for a series. Adding these coins to a gold collection would be a great addition, and these coins are very friendly for new collectors, meaning there isn’t going to be too much fluctuation from gold spot price for the value of the coin. The only coin in this series that would be worth well over spot is the Baseball Hall of Fame coin, which is sought after by coin collectors and sports enthusiast alike.